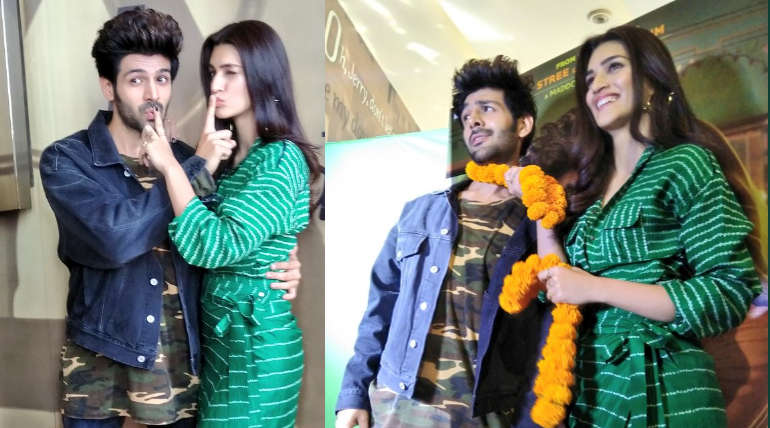 With the first poster, Kartik had also informed that the film's trailer will release today ie 24th January. The film will be a love story of Kartik and Kriti. Kartik Aryan is in the news headlines these days. On one side, dating with Sara Ali Khan, Ananya Pandey is in discussions and Kartik's new film Luka chuppi is also on the way to the other side. The trailer of this movie is recently shared on social media.

In an Interview Karthik had told, "The journey of Luka Chuppi is a very interesting journey and when this movie was completed, I did not even know. Director Laxman Utekar ji.. thank you for your calm nature. Kriti Sanon the most talented actress and big hearted producer Dinesh Vijan. Apart from these, I enjoyed working with Pankaj Tripathi and Aparkashakti Khurana. I got to learn a lot of things with my team. This is a special film that shoot in my home town Gwalior and the people of Mathura gave lots of love. I would frantically miss them all".

The movie Luka Chuppi is a Love Story about a television reporter in Mathura who falls in love with a headstrong woman. According to Dinesh Vijan,the Producer the name of the film was first thought to be "Mathura" but now Luka Chuppi that means "Hide and Seek". Both of these couples will add grace to the film because both of them are popular in the new generation. Another report says the story revolves around a girl from Mathura who goes to Delhi and after coming back a new story begins for her. Kartik will be shown as Gwalior town boy and for that he worked on the Hindi slang pronounced there.