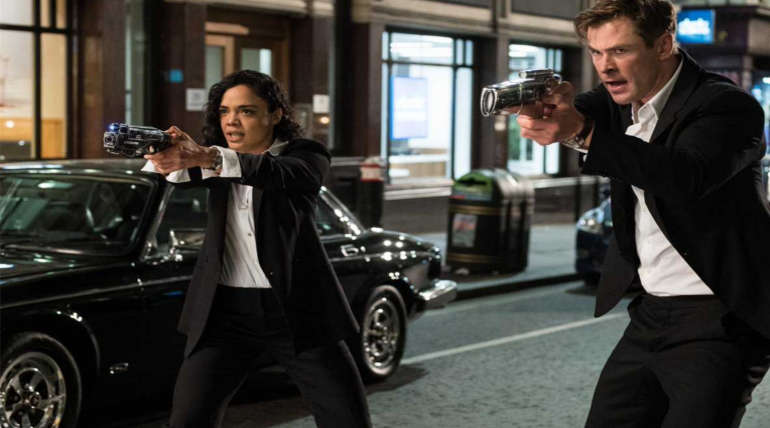 Nobody asked for anything, but Hollywood decided that the world needed a new Men in Black, twenty years after the original film. This is less of a sequel than a spin-off, since the original black men, Will Smith and Tommy Lee Jones, hang up the suit and pass their sunglasses to Tessa Thompson and Chris Hemsworth, a mixed duet. So we should not say "men in black" but "man and woman in black". Liam Neeson and Emma Thompson, the survivor of the previous episode in the role of the agent O, complete the casting.

As for history, the first trailer sees secret agents travel the world, from Paris to London, in their hunt for aliens. Hence the title MIB International, the trailer is just chases, high-tech gadgets, joke attempts, and big guns, as in any generic blockbuster. The director of the movie is F. Gary Gray, director of Fast and Furious 8.

What were you the god of again? #Thor #MIBInternational pic.twitter.com/0u0DjhafDt

The Marvel reunion we really wanted in #MIBInternational

finally Thor and Thanos work at the same place#MIBInternational pic.twitter.com/VnV93wf4HA