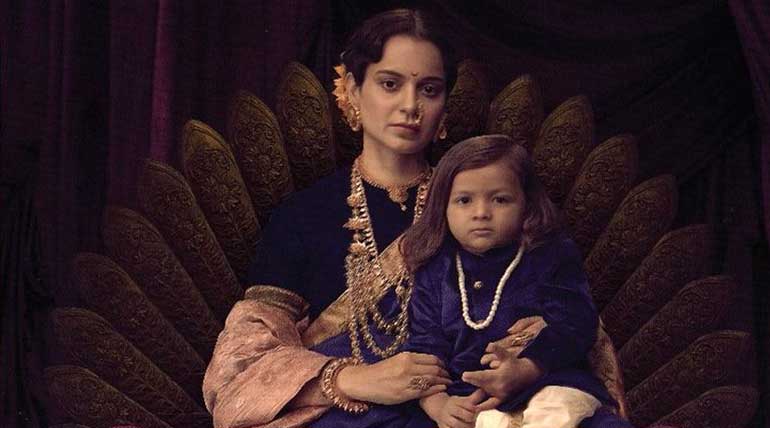 Kangana Ranaut's latest Magnum Opus is making trends in box office for a female-oriented film after getting decent reviews from the audience. Apart from the inspirational content with emotional touch and grand setting, the film has its own small mistakes in making. But promising a decent watch, the film is satisfying everyone and the film is not spared by piracy as websites leaked Hindi Tamil Telugu versions making it available for HD online.

The film came through a lot of issues from the beginning as actor Sonu Sood first left the film after shooting briefly for the film followed by the director of the film Krish. Then the directional department was taken over by Kangana herself along with starring the titular role as Jhansi Rani Laxmi Bai.

For such a big budget film completely relying on the content, a leak in all languages is costing big for the film already. While the movie is suffering from a lack of popularity in other languages, this leak is further causing trouble for the film amidst the box office response so far. The movie collected around 5 Cr on Monday falling short of the expectations and the total net box office of the film in India stands at 47 Cr INR.

It is looked forward to crossing the 100 crore mark by the end of the second weekend and the rest depends upon the further performance of the film. As the pre-release business of the film reveals the breakeven numbers as close to 180 Cr in Domestic market and it is now highly doubtful whether the film will manage to be successful going by the current trend.