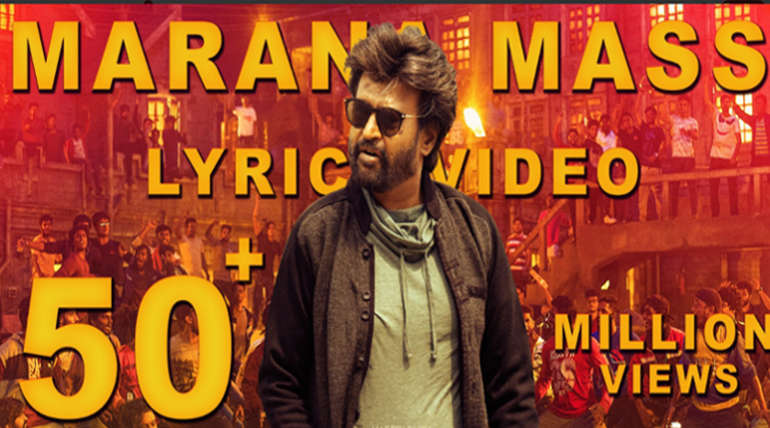 "Marana Mass" from the movie Petta has turned out to be a massive hit worldwide. It already has crossed more than 50 Million views on YouTube. The composer of the music is Anirudh Ravichandran. From the past month, Rajinikanth's Petta ruling the social media.

All Radio station of the state and music channels of the television continuously broadcasting the song all the day. There is a special mention that Rajinikanth 1991 Tamil language song, "Rakkamma Kaiya Thattu" from the movie "thalapathy" was named the fourth most popular song in a poll conducted by the BBC World Service worldwide in 2002. The song was penned by Vaali and Composed by "Isai Gnani" Ilaiyaraja with S.P.Balasubrahmanyam and Swarnalatha gave the vocals.

Similar that Marana Mass gathering huge popularity. The song vocals rendered by Anirudh and SP Balasubramanyam. In a interview SPB mentioned that, "I'm very happy to have sung for Rajinikanth after a long time. My portion in the song is little, but that's no issue. The Petta team felt that my voice was required for the song. I am happy I have been chosen to sing and I think the song will become very popular.