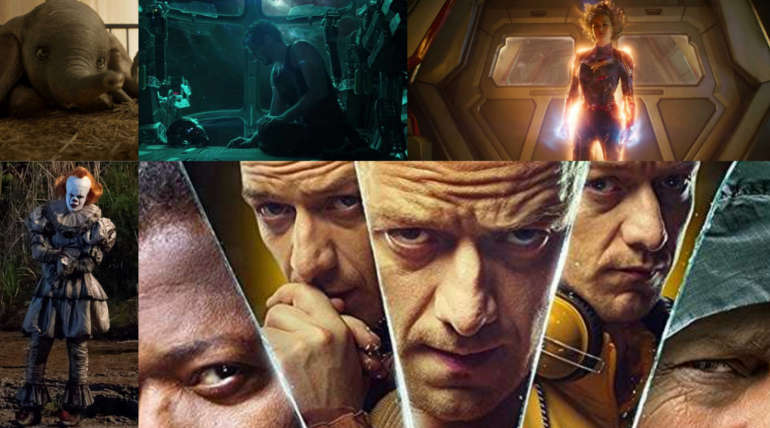 Manoj Night Shyamalan's Superhero thriller film 'Glass' which is one of the expected movies as its sequel of Shyamalan's previous films Unbreakable(2000) and Split(2016).  The cast from both movies Bruce willis, Samuel L.Jackson, Spencer Clark and Charlayne Woodard from Unbreakable roles and from Split, James McAvoy, Anya Taylor-Joy reprising their roles. Shyamalan mentioned the movie as "First truly grounded comic book movie".

The science fiction comedy animation film is a direct sequel to The Lego Movie of 2014. It will be a fourth franchise set followed by all hits - The Lego Batman, The Lego Ninjago, Animal Logic.

How To Train Your Dragon 3

The twenty-first movie of Marvel cinematic universe, Captain Marvel is a superhero movie based on the Marvel Comics character Carol Danvers. Walt Disney Studios Motion Pictures decide to stream in their Disney+ for the first time as their licensing deal with Netflix is expired.

Endgame starts with the disappeared characters from the previous Infinity war as it finished "half of all living things in the universe end"  with Thanos possession of all the Stones of Infinity.

Godzilla: King of the Monsters

The 35th film in Godzilla franchise is directed by Micheal Dougherty. The story follows the heroic efforts of the crypto-zoological agency against Godzillas.

The fourth installment of Toy story series is directed by Josh Cooley. This movie will be one of the releases in Disney+.

The superhero film based on the Spiderman character of Marvel Comic directed by Jon Watts with Tom Holland as Spiderman and Petr Parker.

The supernatural horror film from the 2017's sequel is also adoption from Stephen King Novel 'IT'.

Disney's animated feature film with Buck and Lee as directors and Del echo as producer.

The ninth and final installment of Star Wars franchise directed by J.J. Abrams and this sequel trilogy is scheduled to 20th December instead of originally scheduled on May 24.