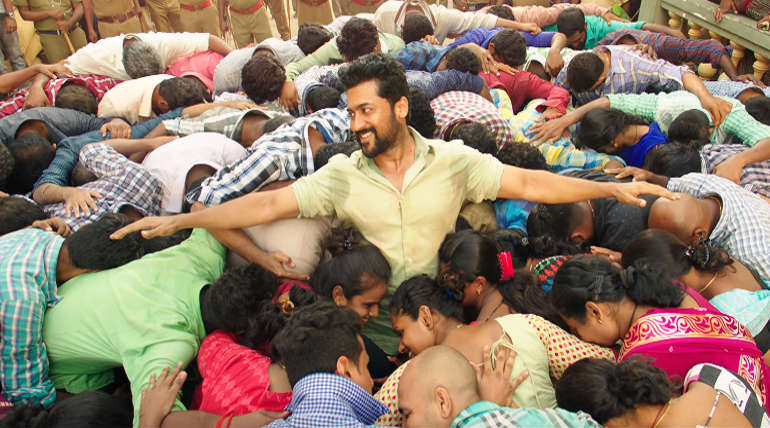 The most awaiting NGK teaser is out now. Fans of Suriya and Selvaraghavan celebrating it as a festival. Initial the teaser is released in theaters and then planned to release it online on 6 P.M. Due to piracy leak in some pirated illegal websites like Tamilrockers, the teaser is available early online.

NGK or Nanda Gopalan Kumaran is the character name of Suriya in the movie. After Thaanaa Serndha Koottam,an heist comedy film released on last January,2018, NGK is the latest movie of Suriya. The fans are so awaiting for this movie as the hero movie releasing after a year long. The movie is political drama with Jagapathi Babu,Rakul Preet Singh,Sai Pallavi in lead roles.

Dream Warrior Pictures tweeted that "@Suriya_offl sir will be releasing  the teaser early by 10:30 am today! Apologies to fans who planned to celebrate in screens exclusively. Letâ€™s beat piracy with original. #NGK #NGKTeaser".