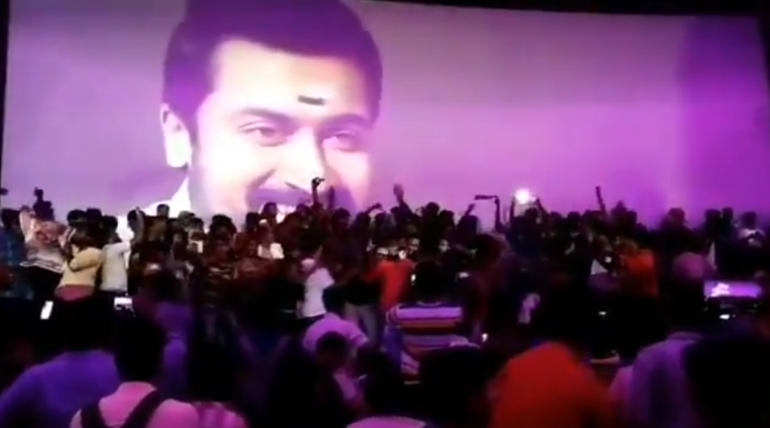 The most awaited Suriya - Selvaragavan movie NGK is finally seeing the light with its' first teaser released on the Valentine's Day. While the teaser was announced to be released on February 14, 2019 evening 6 pm, the teaser got leaked a day before the night in some theatre print and the official teaser got released by Suriya a few hours early by morning 10.30 am.

But this apparently didn't stop fans from the early theater celebration plans. Launch celebrations were carried in most of the planned locations and made it big. Fans were on full form for their star's entry after a long wait and were unstoppable as a few celebration videos online show the peak level reception for Suriya as Nandha Gopala Kumaran.

The teaser was very powerful and looks like the best characterization for Suriya in recent times. The intensity of his shade and crazy attitude in the teaser is something never seen before from the actor explored by Selvaragavan. Some of the celebration videos across theaters from TN and Kerala are shared below while rest videos are available on Twitter and YouTube.