NGK Teaser Update: Suriya Completes Dubbing for the Teaser Getting Ready for a Grand Launch 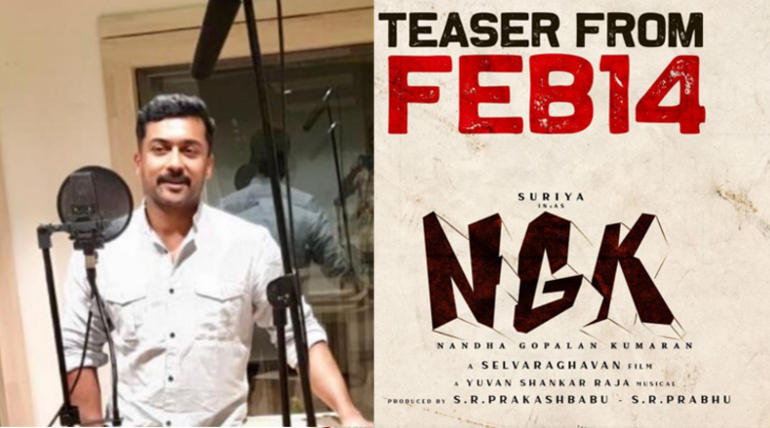 The much-awaited film of Suriya - Selvaraghavan combo, NGK is getting ready for a Summer release after a long delay from the announcement day. Finally, the movie shoots have been completed and the teaser is officially announced to be released on February 14, 2019. The recent update from Dream Warrior Pictures is that Suriya has completed dubbing for the Teaser which is getting ready for a grand launch with huge celebration plans by fans.

It's been more than two years since the movie announced after it got lagged behind the schedule due to unavoidable circumstances like the Nadigar Sangam Strike and director Selvaraghavan's bad health colliding with Suriya's call sheet for Kaappaan of Lyca Productions. After a long wait by the fans, the first glimpse of NGK is arriving after the impressive posters.

Fans are on full celebration mode for the much-awaited teaser and planning a grand celebration for the teaser launch in various places. As of now, the celebrations have been planned in 5 countries, 5 states in India and in the more than 25 districts confirmed so far which is the most for any actor in South India. The teaser time is yet to be announced officially while the celebrations are starting from 5 pm on Valentine's day.

NGK Teaser Update: Suriya Completes Dubbing for the Teaser Getting Ready for a Grand Launch