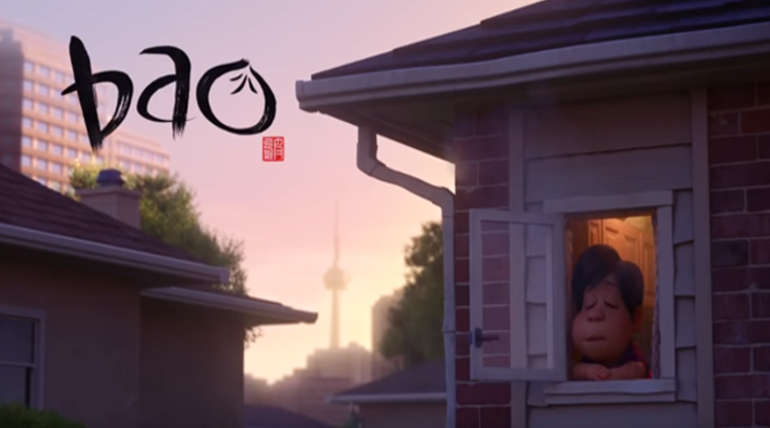 Domee Shi, a Chinese-Canadian story artist who directed The Incredibles 2 and Toy Story 4 directs the short "Bao" is in frontrunner. She is the first woman to direct a short film at Pixar. The Bao story is about a woman who gets a second chance at motherhood when one of her hand-made things come to life.

The Oscar Nominations will be announced on January 22, Tuesday, 2019. The Oscar Award Function will be on Sunday, February 24, 2019, at the Dolby Theatre at Hollywood & Highland Center in Hollywood, and will be live on the ABC Television Network.

In Bao, an aging Chinese mom suffering from empty nest syndrome gets another chance at motherhood when one of her dumplings springs to life as a lively, giggly dumpling boy. Mom excitedly welcomes this new bundle of joy into her life, but Dumpling starts growing up fast, and Mom must come to the bittersweet revelation that nothing stays cute and small forever. This short film from Pixar Animation Studios and director Domee Shi explores the ups and downs of the parent-child relationship through the colorful, rich, and tasty lens of the Chinese immigrant community in Canada.