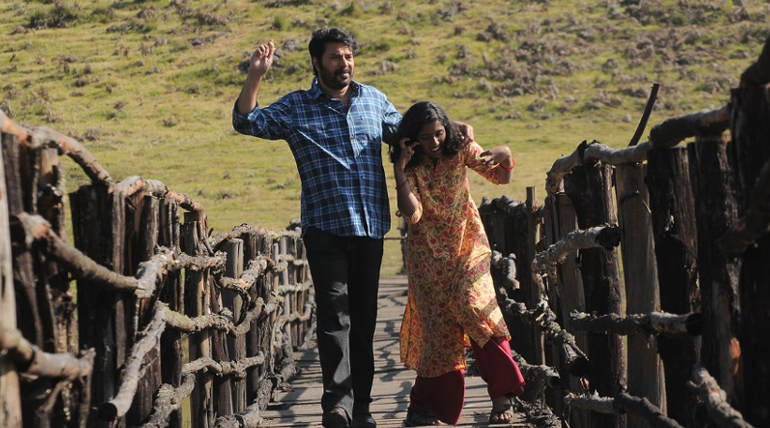 Director Ram's upcoming much anticipated Peranbu is finally hitting the big screens after a long delay. The film got its early screenings at various International Film Festivals and received huge applause everywhere. It was raved by the festival audience and also got special praise from juries. The response of the International audience showed the quality of the film crossing boundaries, language and culture barriers.

The movie stars Mammootty, Baby Sadhana, Anjali and music is composed by the director's regular associate Yuvan Shankar Raja, bankrolled by P.L. Thenappan. Early premieres held for Critics and Media in Chennai was a grand success as it had even more positive vibes for the film and it is releasing in theaters on February 01, 2019.

The film marks the comeback of actor Mammootty to the Tamil film industry after a decade. As biggies, Petta and Viswasam are holding some main screens for this week too and movies like Vantha Rajavathaan Varuven of Simbu and Sarvam Thaalamayam are releasing along with Peranbu the screen share will be difficult to be got.

Ram's movie always trusts on the post-release buzz and is expected to grow after the release with the word of mouth. His previous films Taramani and Thangameengal are such wonders which picked up post-release at the box office with fantastic feedbacks. Going by the reports and reviews Peranbu is going to touch everyone's heart and the universal message in the film would strike the chords for sure.