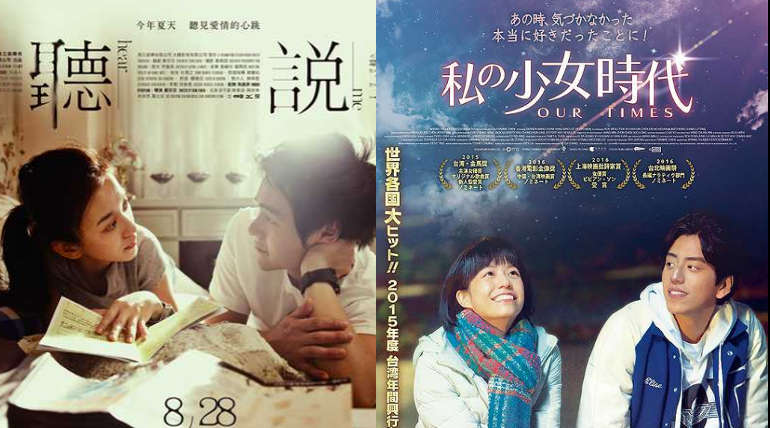 This romantic comedy released in 2009 casts Eddie Peng and Ivy Chenas. The film is about romance between Tian-kuo, a food delivery boy and Yang Yang, a pretty young deaf girl. The movie is written and directed by Taiwanese director Cheng Fen-fen.

The movie released in 2015 directed by Luo Luo adapted from a novel of same name. The story is about a successful business woman played by Shu Qi as Sheng Ruxi.

This chinese romantic drama is based on Xin Yiwu popular novel. The movie is promoted as the sequel to 2013 so young, an youth romance film. the film topped in the country box offce charts inspite of bad reviews.

The 2007 Taiwanese film directed by Taiwanese musician Jay Chou, who also stars as the male lead and co-wrote the film. The movie received  six nominations at the 44th Golden Horse Awards and  1st place in the vote of "The movie that most wants to be review in the cinema" in South Korea.