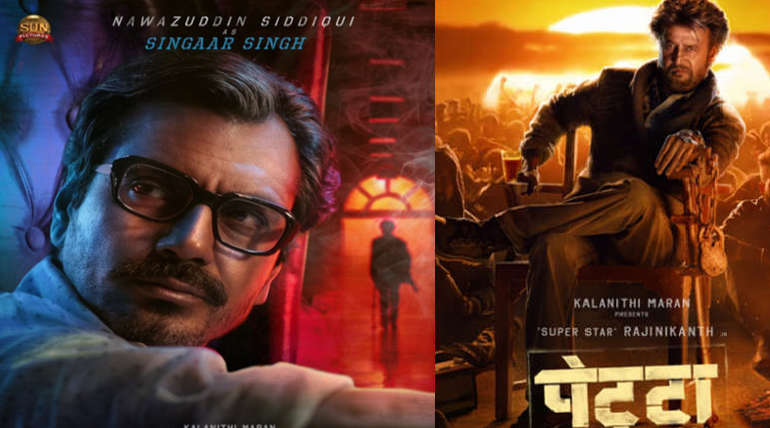 In Tamilnadu the two giant movies Petta and Viswasam sharing the screens equally, but in the case of North India, major multiplexes like PVR, INOX screening Petta rather than Viswasam.

Ajithkumar who acted as a villain in as Shah Rukh Khan's epic historical drama movie 'Asoka'. This is only the Hindi movie he has worked with. But Superstar has a strong foundation as he is a well-known figure in North also. Most of his movies are dubbed in Hindi also.

The latest movie 2.0 along with Akshay Kumar was released worldwide and dubbed in Hindi also. The movie received generally positive review in North and hugely praised the technical work of the movie. The film reached the second highest grossing film in India. So there is an expectation for the movie Petta also.

As the last film is a super hit, it's always an advantage for the movie. The movie will release in major cities like Mumbai, Delhi, Pune, and Kolkatta. There is another major concern of the film, Bollywood actor Nawazuddin Siddiqui has played the lead role.

Recently the actor published details of his character to a famous north Indian magazine that this is the first time that national award-winning actor debut in a South Indian film. He has released information about his character in the film. In Petta, starting from a flashback story he introduced in the screen. Trisha has acted opposite, love interest for Rajinikanth in the film. Nawazuddin Siddiqui has acted as a villain for Rajini in the flashback. His character named as Singer Ching. Nawazuddin has said in that interview that those flashback scenes are so powerful and thrill. He has acted as the most intimidating villain in Petta. In those scenarios, his character is well shaped.

The advance Petta online ticket booking for North India Screens will be expected to start by 8th January. Hope the movie will be another hit like 2.0 and MahaSankaranti Treat.