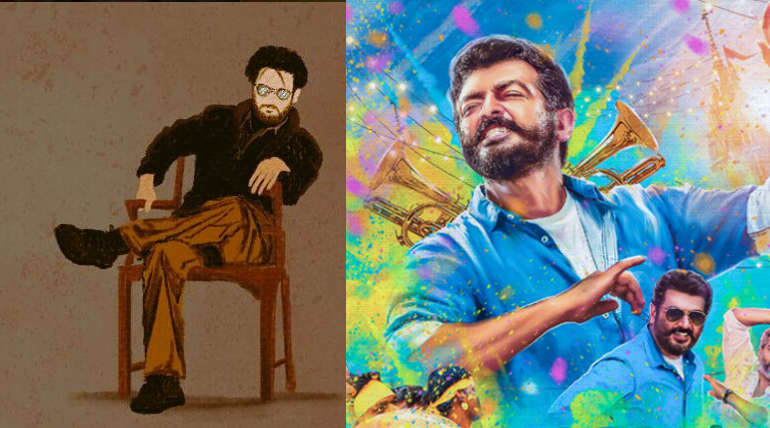 There is a big treat waiting for the Tamil movie lovers from tomorrow. Two-star movies Thala Ajith's Viswasam and Superstar's Petta set ready for the release. There is a huge fan following for Thala Ajith and Thalaivar Rajinikanth in Malaysia also.

There is a huge expectation for the Viswasam as last year there was no movie release for Ajith Kumar. And also the last film in the Ajith-Siva combination was successful, the fans are eagerly waiting from the day when Viswasam trailer arrived. Currently, Ajith fans are enjoying Viswasam trailer dialogues and songs.

Malik Streams Corporation which is a famous distributor releasing the Petta movie in Malaysia in a total of 134 theatres and Viswasam in 122 theatres. Check out the theatre lists. 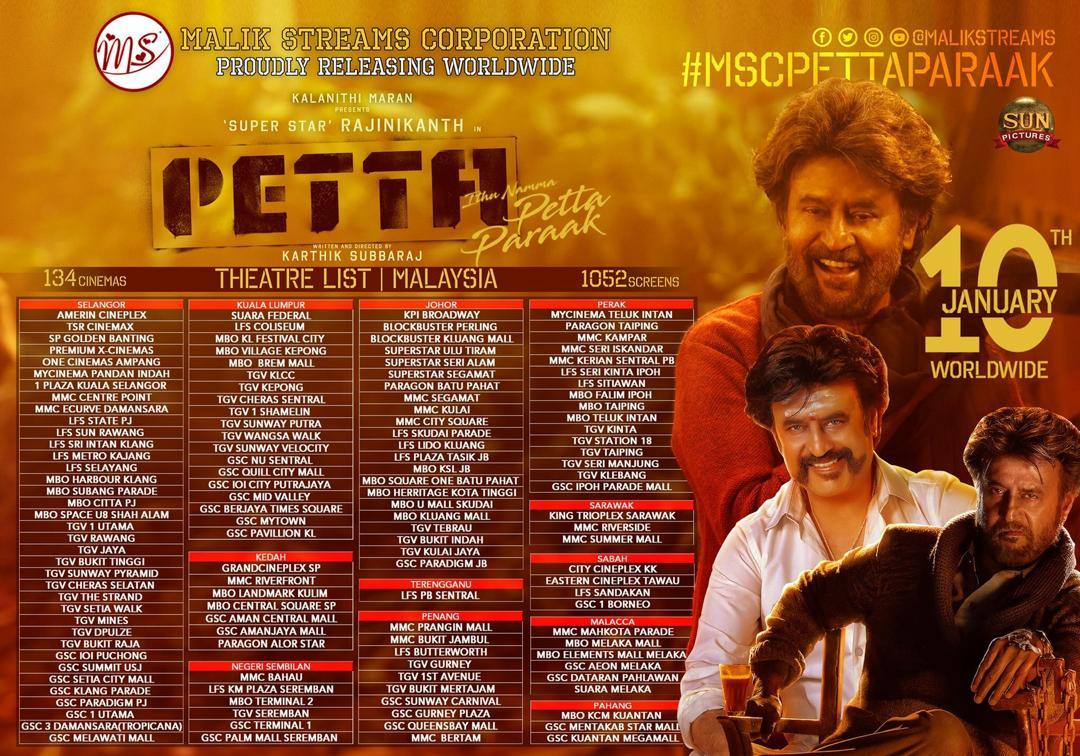 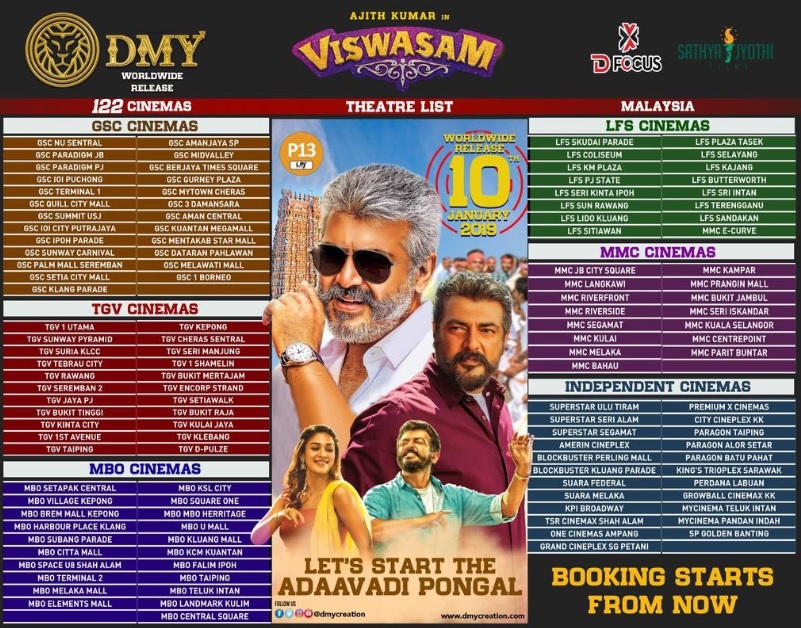