Petta and Viswasam Changes in Show Time and Schedule 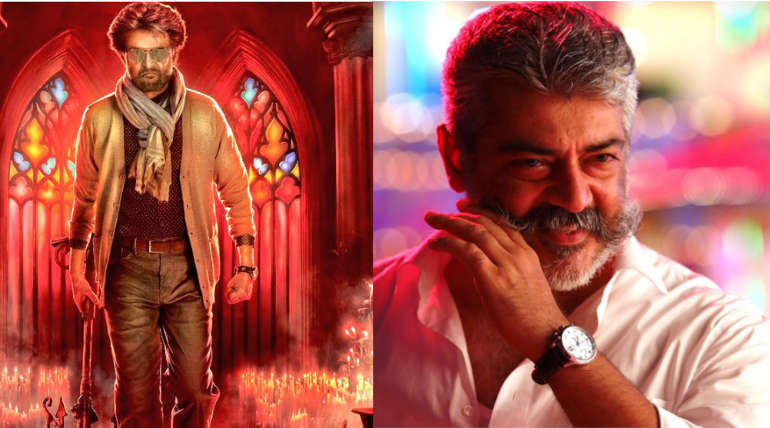 Rajini's Petta and Ajith's Viswasam films will be allowed screening of 5 shows from 10th to 20th. The state government of TamilNadu gave sanction for this screening so far first ten days only.

Rajinikanth 'Petta' and Ajith Kumar 'Viswasam' get ready to hit the screens on January 10th. As two big stars movie releasing on the same day, the ticket reservation sold out soon. Ajith's Viswasam is not releasing in Andhra Pradesh and Telangana on the same date as in TamilNadu. It will be release one-week later after the Tamilnadu release.

Meanwhile Rajinikanth 'Petta' is not to be release in Karnataka as per the schedule. The release date is postponed to a week as the dubbing by Rajinikanth himself is not finished yet. The ticket reservation for those two movies started in very few theatres yesterday. Regarding today, many theatres opened up online reservation but within few seconds all the seats are marked book.

Moreover, about 1000 theatres releasing those moives. Usually 4 shows will run per day for a normal Tamil movie in theatres. As it is the festival season, the TamilNadu State Government allowed 5 shows per day. There is no other Tamil film release in Tamilnadu on this week.

Petta and Viswasam Changes in Show Time and Schedule