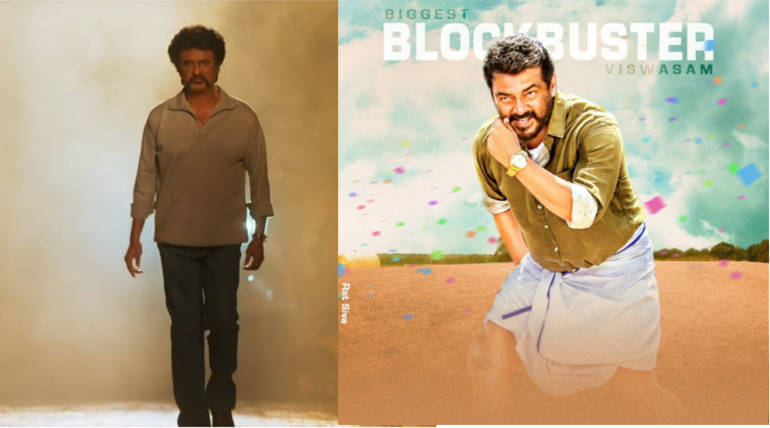 The most expected Pongal clash of Viswasam and Petta have shattered all the fears on the box office and posting a historical run at the TN box office. While Petta took care of the overseas box office earning big bucks, the Ajith starrer Viswasam ruled TN box office and racing towards the all-time top Non-Baahubali record in the state.

The Chennai city box office has been fantastic for both films as they comfortably entered all-time top six collected films in the city. Petta currently stands at the third spot behind 2 Point 0 and Baahubali 2 in the city with 14.92 crores for 25 days. Viswasam dominated the overall TN box office while Petta held the top spot in Chennai city. Viswasam is currently at the sixth spot of all-time collecting 12.41 crores since release and is awaited if it breaks into the top 5 list at the end of the run.