Petta and Viswasam Opening Box office Predictions, Thala vs Thalaivar in a Tight Face off 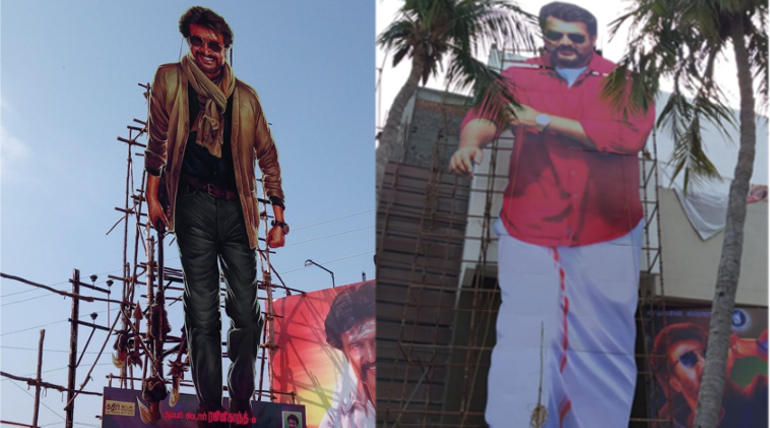 The most awaited Petta vs Viswasam day has finally arrived and trade circle along with fans and audiences are eagerly looking for the opening numbers in TN as both the stars share a massive fanbase.

The ROI and overseas markets may undoubtedly be ruled by superstar Rajinikanth as the star has a phenomenal market in all the regions. TN is one place where both stars have an equal potential at box office and openings.

Screen count and shows are all almost equally shared by both the films while Petta had a slight upper hand in overall screen counts. Viswasam is seeing fiery bookings all across the state proving Ajith's market once again.

Petta will definitely see a huge margin higher opening than Viswasam worldwide while the TN numbers depend on the occupancy of the fans of both stars which are eagerly awaited. Going by the shows and bookings Viswasam will have a crore or two higher than that of Petta in TN.

Petta and Viswasam Opening Box office Predictions, Thala vs Thalaivar in a Tight Face off