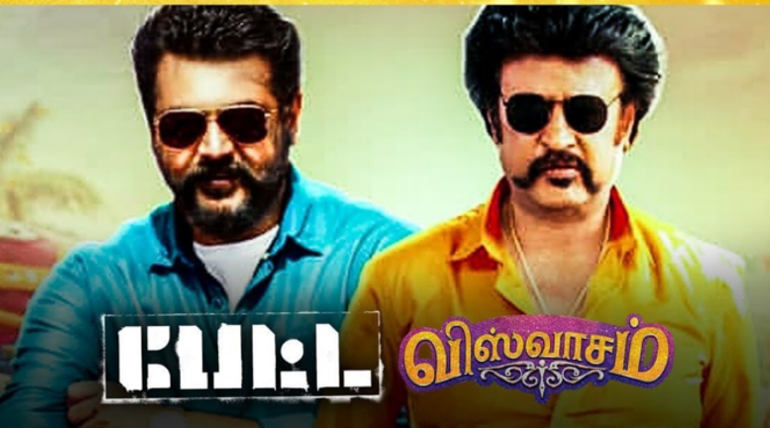 The effect of piracy has not bothered the Pongal box office as expected and both the Kollywood biggies are performing very well despite clashing with each other. Rajinikanth starrer Petta and Ajith Kumar starrer Viswasam released on January 10, 2019 opening the year with a big bang performance critically and at the box office. The films are received well by all class audience and running successfully in theaters.

Crowds are thronging to theaters from the release day and seeing historical footfalls as two biggies are having a glorious run. Piracy website Tamilrockers leaked the film online on the release day itself and shocked everyone. Trade predicted a slight decline in box office from the projections after the piracy breach for the films.

But the strong word of mouth made the films stand tall at the box office and didn't see any dip at the pace of the theatrical run. Occupancy was solid all through the weekdays and weekends at major centers and the biggies are into the comfort zone by the end of second weekend itself.

The 11 days collection of the films are close to 100 crores in the state of TN alone and it is a commanding feat by the films with a shared screen count everywhere. Overseas territories are ruled by Petta and the Superstar film is sure to taste a complete success in all released region while Viswasam might face minor loss in North America alone. Box office numbers of both the films are not exactly reported, wait for the estimated numbers to be published soon.