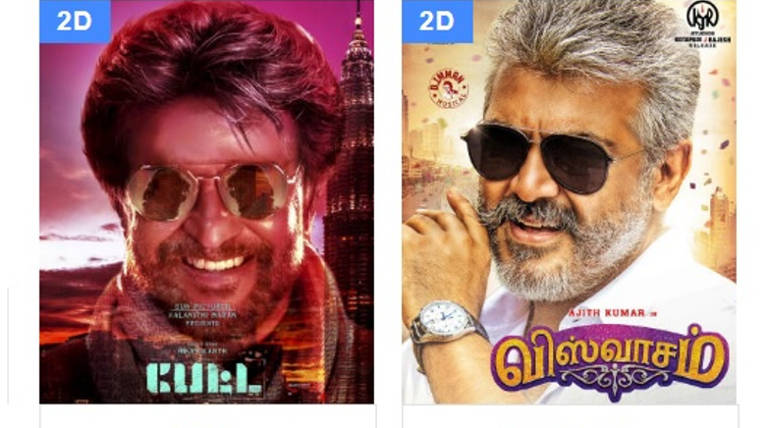 It is Thalaivar vs. Thala all the way this Pongal as both the stars' films are clashing with each other on the same day. The superstar actors share a huge fan base worldwide and their films garner big openings with early morning shows all over Tamil Nadu.

The capital city is a major market for Kollywood in giving big numbers to movies and here we compare the early estimates of Petta and Viswasam with the number of shows each movie is holding and the booking status. As of now, Petta is showing an upper hand over Thala film with more single screens started their ticket reservation.

While Petta somewhat confirmed its' first show to be started by 4 am on the release day, Viswasam has not yet confirmed while theater owners are eager on screening 1 am shows for the film and waiting for the permission. A clear picture might be available by Monday regarding the first show time and final theater count.

Petta is holding some big single screens like Kasi, Sangam, Kamala, Ganesh, M.R Theater and Sri Lakshmi while Viswasam took control of Gopikrishna, Vidya and Arul Muruga Theater. Most of the theaters are yet to confirm and the bookings suggest a 100% occupancy for the first day while the coming days will give an idea about the dominating film in the neck to neck competition.