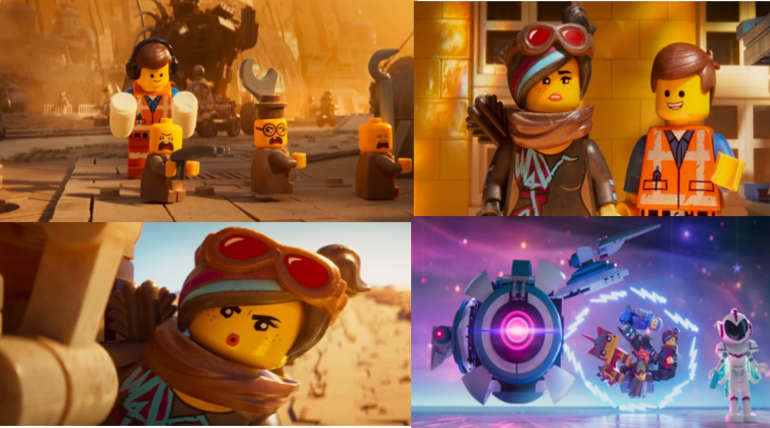 Released in 2014, "The Lego Movie" was both a visual and screenwriting success. Skillfully playing on parent's nostalgia for these plastic bricks and the appeal of an imaginative game for children, the animated feature film struck a chord with audiences of all ages. So, the question was how Mike Mitchell's sequel, written by the duo of Phil Lord and Christopher Miller, would not only recreate the magic of discovery, but also integrate human characters, two key elements of success. of the first part.

From the first minutes of the feature film that totals 107 minutes, the audience is drawn into a surreal and humorous whirlwind. If the scenario is relatively poor mini have to find a way to save their city - references, winks and other amusements never stop, the two authors and producers clearly demonstrating all their inventiveness.