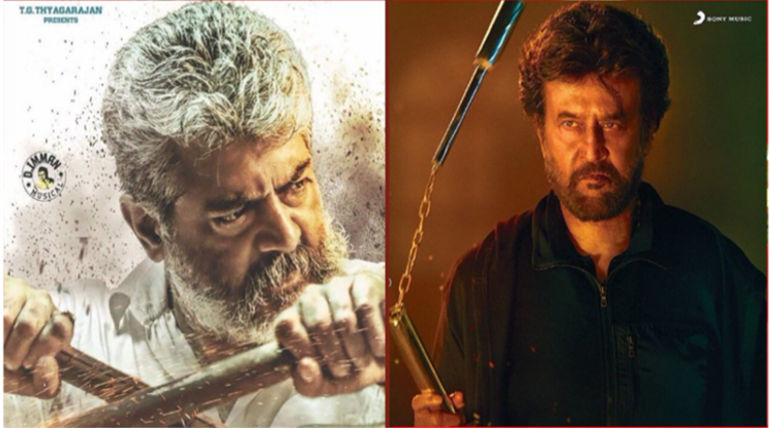 Petta and Viswasam are the two much-talked topics so far in 2019 and the films clashed with each other for Pongal festival. It is apparently one of the biggest clashes of recent times and trade expected both or at least one of the films' business getting affected by the clash. As a surprise both the films are doing great at the box office on par with the solo release projections.

The Tamil Nadu box office is on fire since the release as both the films have breached the 100 crore mark in the state. Viswasam crossed the feat in about 12 days of release while Rajinikanth's Petta touched 100 C mark in 17 days. The films collectively grossed more than 220 Crores in the home market making a commanding feat for the festival and it is undoubtedly the best ever figure collected in a certain period at TN box office.

Except for a few other domestic markets like Kerala, ROI both the films tasted success in all released centers leaving apart the US market for Viswasam and Karnataka for Petta. Petta was also a loss in Telugu and Hindi belts due to various reasons but the film overall is a clean hit everywhere. Meanwhile, Thala Ajith's Viswasam is celebrated by families and has been declared clean blockbuster in TN and yet get dubbed and released in AP/TG.