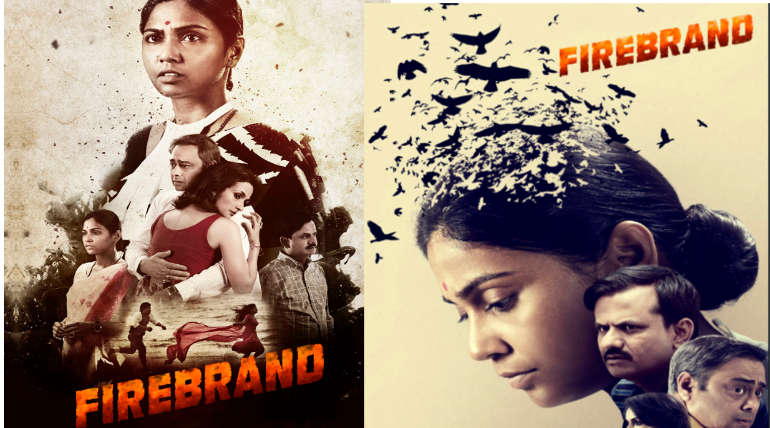 On Wednesday, Priyanka Chopra announced the release date of Firebrand by her production venture Purple Pebble Pictures.The Marathi film is written and directed by National Award-winning director Aruna Raje patel and will be available on Netflix from February 22. The film is the first digital venture of Priyanka along with her mother Madhu Chopra in the name of production house Purple Pebble Pictures.

Priyanka Chopra tweeted that â€œPowerful and pivotal. Two words that best describes our latest @PurplePebblePic project by @aruraje. Itâ€™s an optimistic story that needs to be watched by audiences far and wide. Iâ€™m proud to bring #Firebrand22Feb to @NetflixIndiaâ€¦Canâ€™t wait for you guys to watch it!â€

The film has Usha Jadhav casts as a successful lawyer in character name Sunanda Raut and Girish Kulkarni who is an architect in this film, stars as her husband as Madhav Patkar. Sachin Khedekar and Rajeshwari Sachdev also casts the movie. Already Priyanka has produced two other Marathi films, Ventilator and Kay Re Rascalaa. In that Ventilator won three awards at the 64th National Film Awards.

Talking about Firebrand, Chopra said, â€œThe age of digital has changed the way we consume content. Today, the story is king and audiences are open to and accepting of all kinds of genres. This definitely was one of the major reasons behind our move of taking our latest Marathi project Firebrand straight to Netflix. A story like Firebrand deserves to reach audiences far and wide.â€

Madhu Chopra, co producer of this movie said, â€œFirebrand is packaged with a gripping, powerful narrative along with an ensemble of talented actors and we are truly excited that this story will reach millions of diverse Netflix members.â€