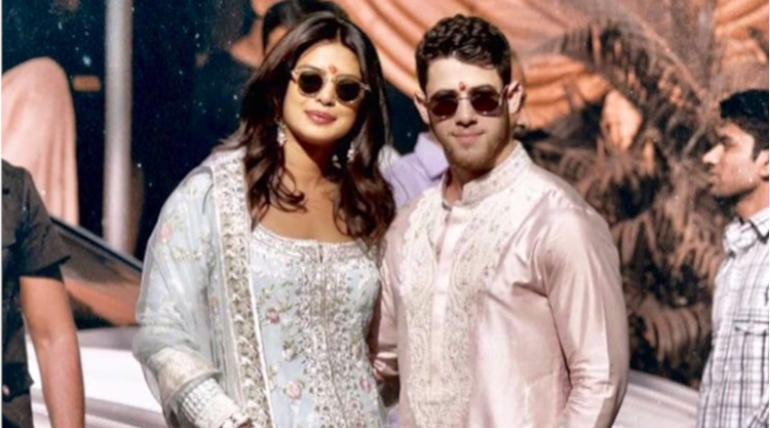 Jones family arrived in Mumbai including his brother Kevin Jones and his wife Danielle Jones(Game of Thrones fame) for Pre-wedding rituals.

The marriage auspicious rituals started on Wednesday with a Ganesha Puja ceremony. Ganesha puja is a series of Pre-wedding prayer rituals conducted for the combined well being of the bride and groom.This is very much important in all Indian traditional Hindu marriage to invoke the appropriate deities before any things to be done.  Nick,Priyanka and their families wore Manish Malholtra designs for the wedding ceremony.

Both families and friends moving ahead to Jodhpur, Rajastan for the much awaiting wedding which ids expected to be on Friday. The traditional music party(Sangeet), Mehandi function also going to happen on that day. Sangeet is an evening party followed by mehandi function that celebrates the joining of two families with delicious and variety of foods as well as dance, skits with family and friends of bride and groom. Mehandi function body decoration process for bride especially on hand and legs with a herb leaf paste,Henna.

Hollywood celebrities like Dwayne Johnson and more reported to attend the wedding.