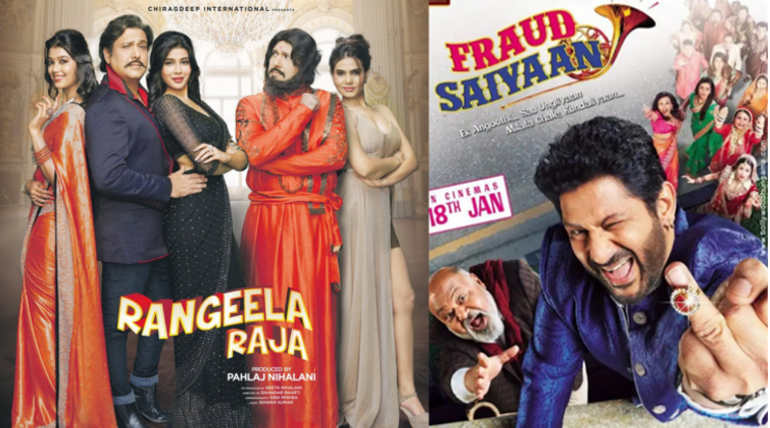 Rangeela Raja and Fraud Saiyaan, the latest Bollywood films which released last weekend got leaked in online piracy sites after getting released in theaters. The films are getting poor reception across India and collections are not up to the mark as expected and most of the shows got canceled in various centers due to the lack of audience.

The films got leaked in the famous piracy site tamilrockers for torrent download and the box office would get even more affected due to this action. Rangeela Raja stars actor Govindha, Mishika Chourasia, Shakti Kapoor and directed by Sikander Bharti. The film features Govinda in a double role, with Mishika Chourasia and Anupama Agnihotri playing female leads. The film is panned by critics and twitterites are requesting the actor to bid farewell from acting.

The film Fraud Saiyaan stars Arshad Warsi, Saurabh Shukla, Flora Saini, Sara Loren, Varun Badola in lead roles and is directed by Sourabh Shrivastava. It is also being criticized by media for its poor making and had a disastrous opening everywhere. Both the films will end up without making any impression piracy sites might further push the business of the film.