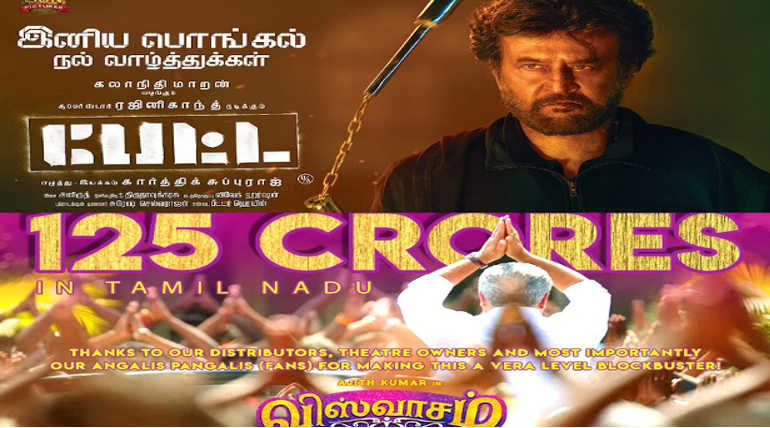 Viswasam making 125 Crores and Petta becoming the fastest film to gross 100 crores in TN is the trending news in social media. But did the films really gross that much amount in the state so far? Check out the real collections below, obtained from various sources for both the films. It is to the noted that the figures displayed below are estimated amount in the box office and not the official word.

Both the films will enter profit zone by the end of the second weekend in all areas and is sure to garner huge profits since a free run is guaranteed till this month end. Petta is racing to the 200 crore club while Viswasam is rocking TN box office and all set to become the first film for Ajith to gross more than 100 crores in TN alone. We have to wait and see if the film will also be the first 200 crore grosser for Ajith worldwide.