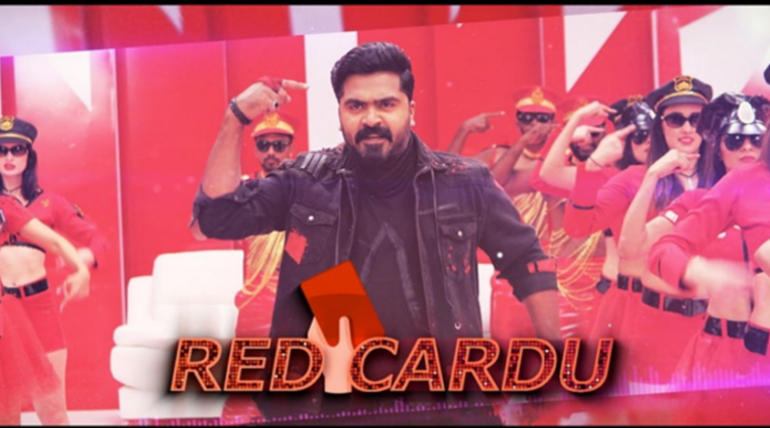 Vantha Rajavataan Varuven starring STR is set to release on February 1st is getting its post productions done and the first single of the film is out now. The music is composed by Hip Hop Aadhi and the movie is directed by Sundar C. The caption of the song was seen as STR in King Mode and so are the lyrics as fiery for the star.

Red Cardu song is the title of the first single which has a personal connection with the actor himself. The star once received a red card from the producers' council from acting which didn't affect him a bit as his fans and well-wishers are holding him high at all situations.

Watch the lyric video of the song below and wait for the release of the film which is just less than two weeks away. Vantha Rajavataan Varuven is an official remake of Telugu blockbuster Attarintiki Daredi which stars Pawan Kalyan in the lead role. STR is on a roll with his upcoming big projects with Venkat Prabhu and also speculated to be in talks for Indian 2.