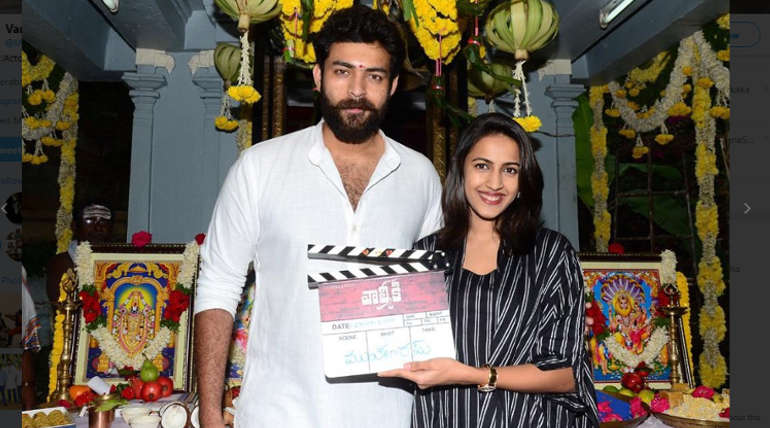 Varun Tej doing selective roles these days as he choosing different character from film to film. From Fidaa, Varun Tej is more choosy in his roles like Tholi Prema, Antariksham 9000 KMPH and recent super hit comedy movie F2 - Fun And Frustration with Venkatesh and Tamanah.

Varun has been confirmed as the latest film to be titled 'Valmiki'. The film will be produced by Ram Achanta and Gopi Achanta on 14 Reels Plus banner directed by Harish Shankar. Ram Babu's camera switched, while the actress, Varun Tej's sister,Niharika konidela  gave a clapping cliff.

"My next film was titled 'Valmiki'. The new chapter has started", said Varun Tej. The music score is by Devisri Prasad. More details of the film will be revealed soon. Director Sukumar and producer Dil Raju participated in the opening ceremony. Executive Producer of the movie Valmiki is Harish Kutta. The Tamil hit movie Jigarthanda is known to be Telugu remake Valmiki, Varun Tej reprise the role of Siddharth as per the reports and yet its unknown how is going to do the role of Bobby Simha and Vijay Sethupathi.