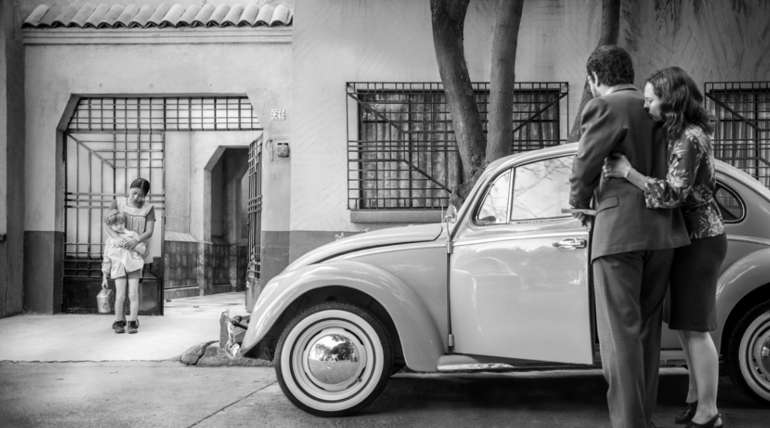 The autobiographical drama, Roma is on Netflix. On Friday, December 14, the long awaited film by Mexican director Alfonso Cuaron premiered on the online platform. It is a very personal project for the filmmaker who tells the story of Cleo, the indigenous maid of a middle-class family in Mexico City who lives in the neighborhood known as Colonia Roma in the early 1970s.

To celebrate the premiere, Cuaron himself took his social networks(Twitter) to convey what he himself has called the first Romatan. The director wants people to organize functions in their home, school or community and invite anyone to watch the movie on Netflix.

Alfonso Cuaron invited people to share the photos of his show with tag #Romaton, which has been trending this Friday on Twitter in Mexico, and announced that there will be prizes for the most original features.

La Romaton began before the premiere on the streaming platform with a massive show at Los Pinos, which went from being the residence of the president of Mexico to an art venue, where thousands of people gathered to watch the production of Cuaron.

There will also be performances in Cinemovil, an idea to take the film to places in Mexico where it will not be shown in theaters. The protagonists of Roma are the experienced Marina de Tavira, who gives life to Sofia, the mother of the Cuaron, and Yalitza Aparicio and Nancy Garcia, who make their cinematic premiere and interpret Cleo and Adela respectively. Sofia and Cleo are two mothers of different social classes, who in the midst of the events that took place in the 68th movement in Mexico City, come together to take their family forward.