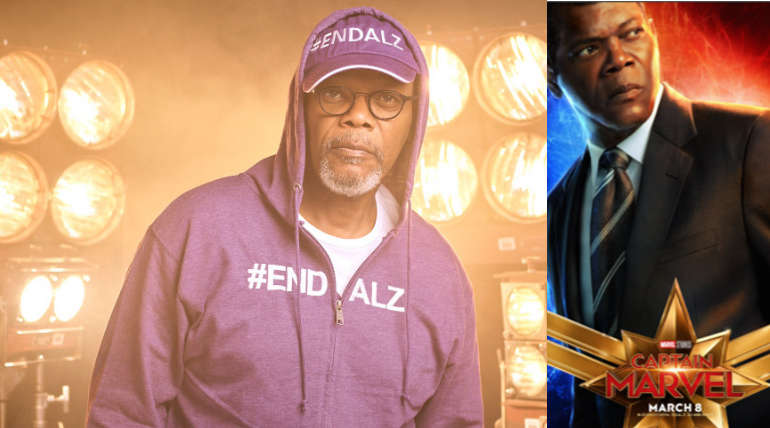 The movie set its release date in India on the same day  March 8th in English,Hindi,Tamil and Telugu.  Actor Samuel L Jackson commented on his character Nick Fury in the Marvel Cinematic Universe Captain Marvel. The character was digitally re-aged by 25 years, the first time Marvel Studios has done this for an entire film.

Samuel said in a statement,"Part of the challenge for this particular film is I have two eyes and hair. Since the film takes place over 20 years ago, I had to forget who Nick Fury is at this present-day juncture in the MCU, because he hadnâ€™t formed his opinions yet. Heâ€™s essentially a bureaucrat in one of those government alphabet things".

In addition to this he mentioned â€œHeâ€™s still a badass, but he kind of takes orders and listens to the people above him. He still has a light side that we donâ€™t see a lot of in those other movies. So in Captain Marvel, he has this weird, ordinary person sense of humourâ€.