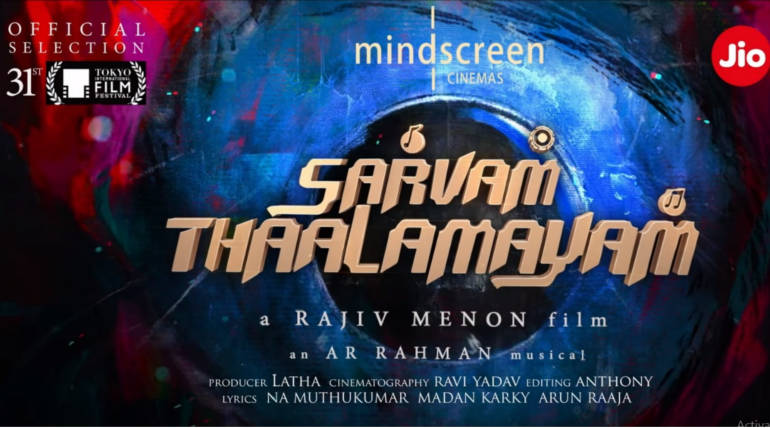 The Special Press show for upcoming Sarvam Thaalamayam is all success and the film is getting fantastic response from critics. Tamil musical film starring GV Prakash Kumar is directed by the legendary Rajiv Menon and composed by AR Rahman.

The film has quite got the curiosity of movie and music fans as the promos promised a musical piece of art coming the way. The recent press show further gained expectations as praises were flowing online after it impressed everyone who watched the film.

The Character arc of GV Prakash is said to be the highlight in the film along with a stunning musical treatment from ARR. Carnatic music is well established in the film and across the boundaries, communities and ages the music is on top of every such factors is the core idea of STM.

Read the reviews of Sarvam Thaalamayam from social media while the movie is releasing on February, 2019.