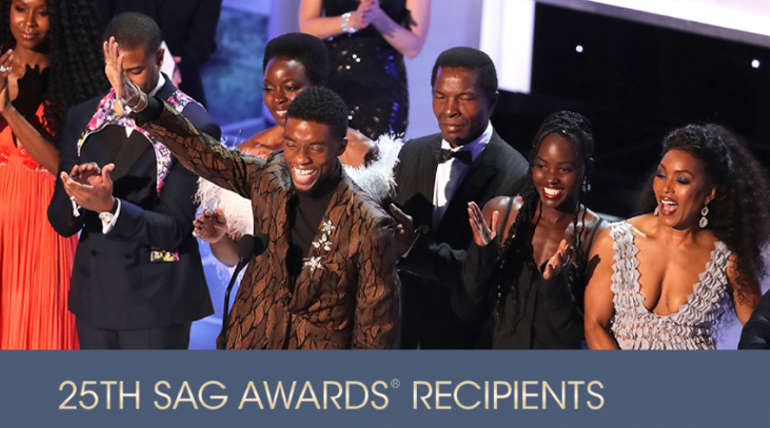 Actress in a supporting role: Emily Blunt, A Quiet Place

Drama series ensemble: This Is Us

Actor in a TV movie or limited series: Darren Criss, The Assassination of Gianni

Actress in a limited TV movie or series: Patricia Arquette, Escape at Dannemora

The Screen Actors Guild Awards presented by SAG-AFTRA, which starts its awarding in 1995, has become one of the film and television industryâ€™s most prized honors. The awards ceremony to exclusively award performers, it presents thirteen awards for the outstanding performances of the year in film and television. The awards focus on both individual performances as well as on the work of the entire ensemble of a drama series and comedy series, and the cast of a motion picture.