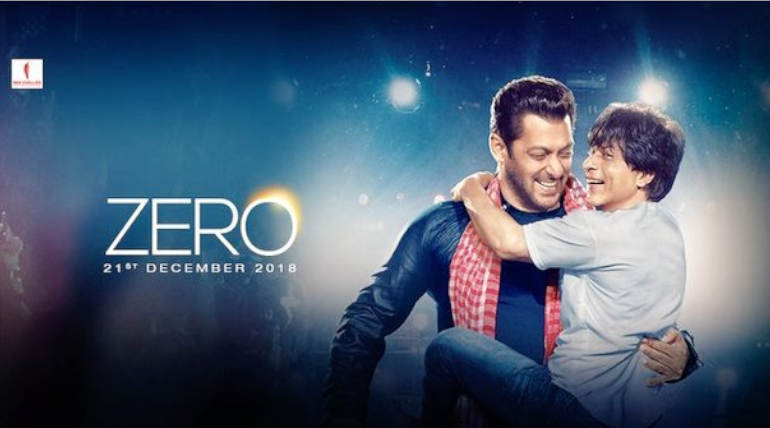 The much awaited Shah Rukh Khan starrer Zero released with a great hype on Friday and took a decent opening all over India. The movie was expected to have a gargantuan opening after SRK had dull openings in his recent past films. But due to various factors which includes the KGF and distributor issues, the film took low opening considering the pre-release hype, screen count and ticket price.

Predictions stated a huge opening of 30 Crores (approx) for the SRK starrer and thought of entering into the top 3 openings of 2018. But the movie fell short with a huge margin and collected just INR 20 Crores (net) at the domestic box office. This is really an underperformance for the star's film, although it is expected to grow with an extended Christmas weekend ahead.

The opening day collection is very much less than other Bollywood biggies and medium budget films this year. Salman Khan's film Race 3 took INR 27 Crores on the opening day and SRK has failed to beat his arch rival's opening. It is to be noted that Salman has done a cameo appearance in the film Zero.

Zero stands at the ninth spot in top opening days of the year behind the dubbed film 2 Point 0 starring Rajinikanth and Akshay Kumar which posted INR 20.4 Crores in Hindi version alone.  Thugs of Hindostan stands on top with a huge INR 50 Crores followed by Sanju with 35 Crores this year.

Zero is getting poor reviews from the critics and generally average to negative reports from the audience. We have to wait and see if it manages to recover the landing cost as it has to do a minimum of INR 175 crores (net) in India alone to breakeven. Rohit Shetty's remake film Simbba starring Ranveer Singh is releasing on December 28 and ready to give a stiff competition to Zero.