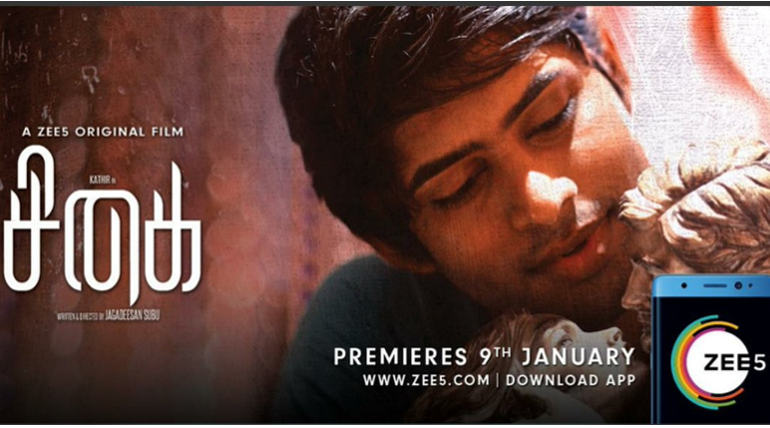 Sigai is a neo-noir Tamil film directed by debutant Jagadeesan Subu and the events of the film happen in one single day throughout the film. Pariyerum Perumal fame Kathir plays the lead role in the film and other actors Raj Barath, Meera Nair, Riythvika, Mayil Samy play supporting role in the film.

The film was about to release in theaters earlier but after various events, the film was acquired by Zee5 to exclusively release on the online digital platform. The Zee5 streaming service has officially released the film on their platform for their subscribers to watch it online. Meanwhile, the film was leaked by the famous piracy website Tamilrockers in HD quality equal to that of the one in Zee5.

The site is in no idea of leaving even the small time digital services related to the film industry and making all possible ways to release pirated contents of movies. In Sigai, Kathir plays a guy who has come to India after studying abroad and his character has different shades one of which is the feminine side which is the highlight of the film. The director Jagadeesan Subu has worked as an associate of Manigandan, the director of Kaaka Muttai.