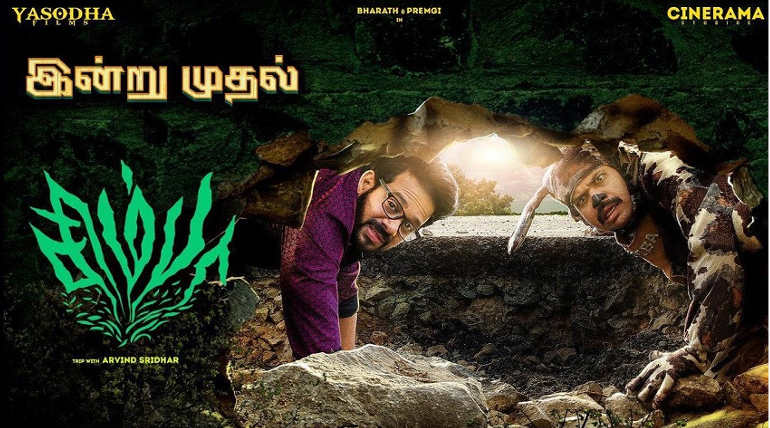 The new stoner comedy film Simba by director Arvind Sridhar starring actors Bharath and Premji released on January 25, 2019, in limited theaters. Now the full movie has been leaked online by Tamilrockers piracy website and the site is not leaving any new Tamil movie and other language movies from leaking it on the release day.

The site delayed a bit in releasing this film in their site but that doesn't help in anyway for the film in the box office. Simba hasn't got the attention of the audience in the Republic weekend and went unnoticed by recording a poor opening and average reviews from the critics. The movie got very fewer screens as the Pongal biggies Petta and Viswasam are holding all the big screens in the state.

The music of the film Simba got a pretty good response when released as the Dope Anthem became an instant hit over the youth audience and the track 'Pinjula' sung by STR also got some attention from the people. Vishal Chandrasekar composed the music for the film and the piracy upperhand is getting proved once and always as all the films are getting their entry in the piracy sites.