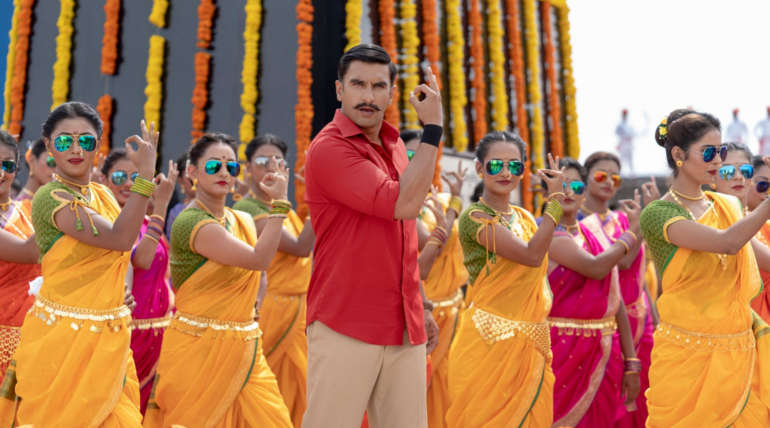 Ranveer Singh - Rohit Shetty's much-awaited last Bollywood biggie of the year is releasing tomorrow around the world with a pretty good hype. Simmba is an official remake of the Telugu Superhit film Temper and the remake is made with a different flavor by ace director Rohit Shetty. Earlier said to be clashing on the same date with Zero, the film was pushed a bit and now all set to smash the screens this Friday.

Simmba is expected to release in 3500 in the Indian domestic market and landing with a big 150 Cr budget along with theatricals. The film already recovered about 100 Cr revenue with the satellite, Digital and Music rights. Hence it is just 50 Cr away from becoming a hit for which the film has to do 110 Cr gross approximately in the Indian box office.

It looks quite an easy task for the film to do this business with an average word of mouth itself and better reviews can make it a bigger hit. Rohit Shetty is known for his huge theatre audience pull with his previous films making it masala potboilers. The upcoming film is also expected to be one such film to satisfy all kind of audience.

After blockbuster Padmaavat, Ranveer is playing a crazy anti-heroic cop in Simmba and is set to take a big opening in the Domestic box office. It is projected to take a 15 Cr (net) opening in India with just the songs of the film creating maximum hype amidst low key promotions. Aankh Marey made a sensation all over followed by the Mera Walla Dance which released on Wednesday. The weekend of the film is expected to touch 50 Cr (net) and the rest depends on the reception for the film.