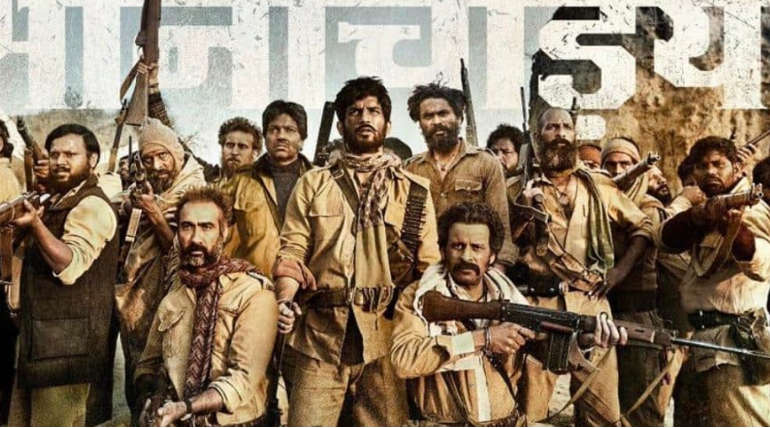 Sushant Singh Rajput,Bhumi Pednekar and Manoj Bajpayee casts Sonchiriya getting average report from boxoffice this weekend. According to trade analyst Girish Johar, the movie will only be able to earn an amount of INR 1.5 crore on its first day collection. The movie also stars Ranvir Shorey,Ashutosh Rana,Mahesh Balraj,Shreedhar Dubey,Amit Sial,Manjot Singh,Suhail Nayyar,Shahbaz Khan,

The dacoit drama sets in Chambal valley will face stiff competition from the Kartik Aaryan and Kriti Sanon starrer Romantic comedy Luka Chuppi, which released alongside Sonchiriya. And if trade experts are to believed, the movie will also be battling Ajay Devgn stars Total Dhamaal which released last week at the box office for space.

Girish Johar,film trade analayst had told that both Luka Chuppi and Sonchiriya will draw in different kinds of audience to theaters.

But the trade pundit had not marked the Abhishek Chaubey film as a winner. First Post,"The title of the film, Sonchiriya (the Golden bird), is itself a metaphor. It symbolieses the prized yet evasive treasure that the dacoits are on the lookout for, to pay the debt to their dharma. With this relevant, engaging film, Chaubey seems to have paid his debt. After Udta Punjab, he proves with even greater conviction why he is no rebel without a reason." The film has been getting mixed reviews from the audience as well as film critics.