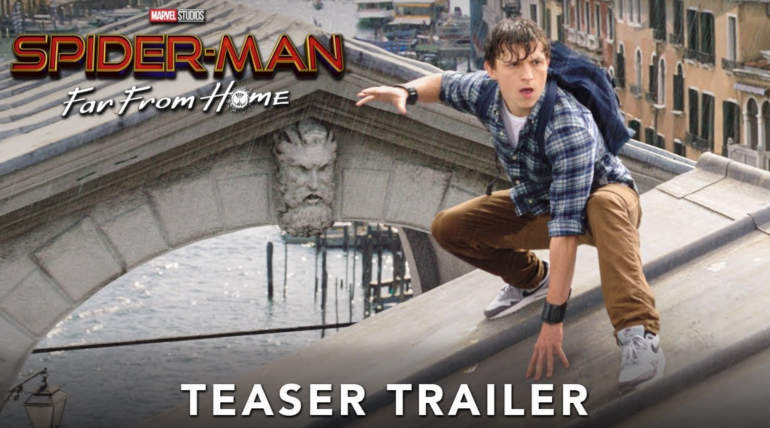 The sequel of successful Spiderman: Homecoming is coming soon on screens with Tom Holland coming alone this time after joining the Avengers force. Spiderman: Far from home is set to release after the Avengers: End Game film while half of the world along with some Avengers were destroyed by Thanos.

The first teaser trailer of the film released recently and garnered a record number of views for Sony Entertainment in the first 24 hours. The teaser got 130 million views in 24 hours digitally beating the previous best of 116 million in 24 hours by the Spiderman: Homecoming film. The first film went on to become a big blockbuster and gained huge attention for the new franchise.

The glimpse got everyone's attention around the globe and Tom as Peter Parker is back with his full flow of comic in the action packed glimpse. The story follows Peter Parker going on a school trip to Europe with his friends. Nick Fury makes a surprise entry to recruit Peter to handle the dangerous baddie Mysterio played by Jake Gyllenhaal. The movie is releasing on July 5, 2019.