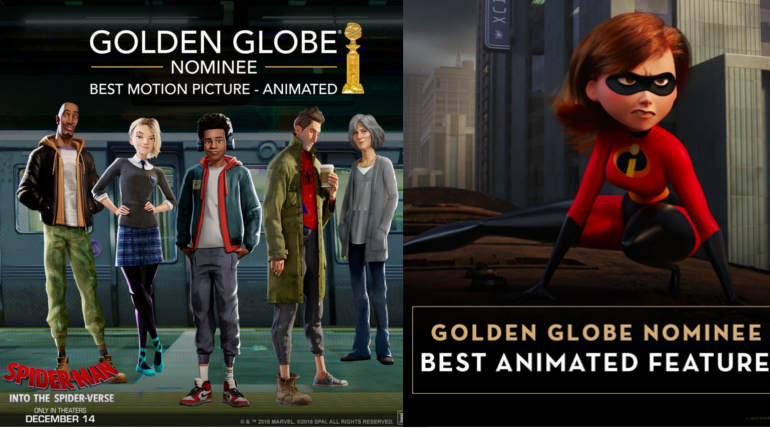 The Golden Globe Awards 2019 has announced its nominations and the predictions have started at all corners. Meanwhile, an IMDB Poll has been posted to choose the favorite winner for the Best Animated Motion Picture category in the Award Ceremony.

After the Academy Awards, it is the Golden Globes which get a maximum spotlight in the awards season. 2018 didnâ€™t get much of the new big animation films while sequels got the top spots instead. The sequels of Incredibles and Wreck it! Ralph along with the animation film of Spiderman are the top favorites on the year.

The poll included the nominees of the Animation category which are, Isle of Dogs, Ralph Breaks the Internet, Spider-Man: Into the Spider-Verse, Incredibles 2 and Mirai. The poll is currently running head to head between the Spider-verse and Incredibles 2 with close vote difference. Visit the link IMDB Poll for Best Animated Motion Picture to vote for your favorite contender.

1. Spider-Man: Into the Spider-Verse