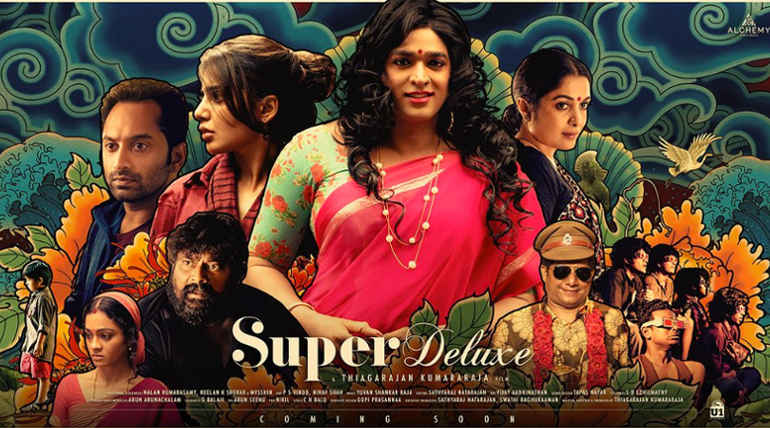 Thiagarajan Kumararaja, the highly acclaimed Aaranya Kaandan fame director is having his second big film ready for release soon. The movie finished long back and waiting for its' release since the completion. The film is finally gearing up for the release as the new venture started by Y Not Studios as Y Not X for film distribution and promotion announced their collaboration for Super Deluxe.

The new subsidiary of Y Not is releasing the film and trailer of the film is expected to hit the Internet before this month end. Meanwhile, the second look poster of the film is announced to be launched by Thursday and trailer release ate is also expected along with the poster. First look and stills of the film have already made a huge buzz for the online and offline audience.

Vijay Sethupathi, Samantha, Fahad Fazil, Myskkin are playing the lead roles in the film and the director is coming back after a long gap from his first film. A glimpse of the film featuring Samantha was already released and a trailer from the most intrigued concept of recent times will lift the hype of the film to another level.