Suriya - GVM Project On Cards for Suriya 39? Comeback of One of the Biggest Combo is here 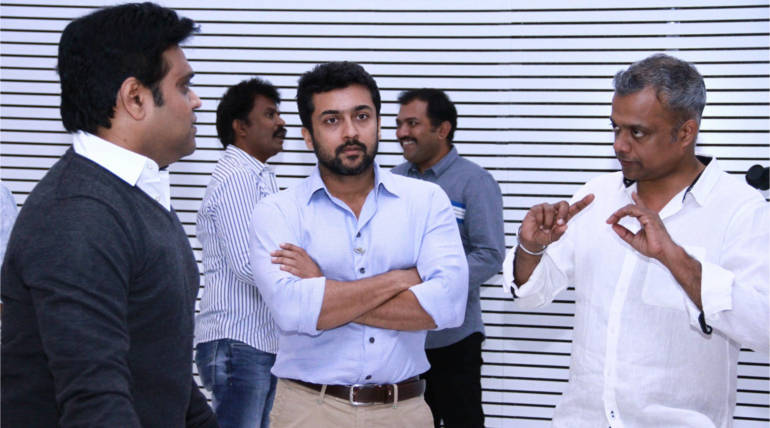 Actor Suriya who is waiting for his film NGK to hit the screens is now under talks with Director GVM for a film set to begin after the completion of Suriya 38 directed by Sudha Kongara. Suriya - GVM combo is one of the biggest actor-director combos who gave two evergreen films Kaaka Kaaka and Vaaranam Aayiram for Kollywood. The combo is said to be joining hands once again after a long gap.

Sources reveal that the actor and director met recently and talked about the project and they would start it soon after both of them finish their commitments of upcoming films. Suriya has completed shooting for NGK and currently shooting for Kaappaan with KV Anand. NGK teaser is releasing on Valentine's Day after a long delay. Also, the shoots of Kaappaan is expected to be wrapped by the end of March and the actor will go for Suriya 38 with Sudha Kongara which is planned for a rapid shooting process.

After all these commitments and the director's works for shooting and releasing ENPT, Dhuruva Natchathiram are over, the works for this proposed film will start. The project will apparently be Suriya 39 and it is to be noted that Dhuruvanatchathiram starring Vikram was initially started with Suriya and was dropped due to various reasons. An official announcement is awaited from the team as it is early to speak about this project.

Suriya - GVM Project On Cards for Suriya 39? Comeback of One of the Biggest Combo is here