Suriya Selvaraghavan NGK Shooting Finally Wrapped and Planning for a Summer Release On? 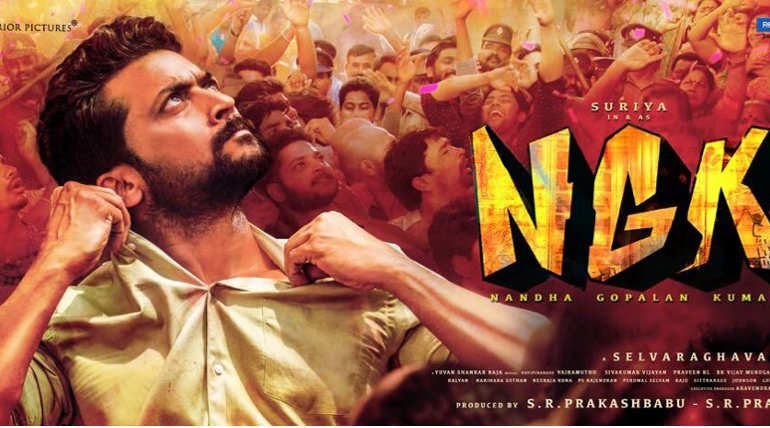 The much anticipated Suriya - Selvaraghavan combo's upcoming movie NGK has finally wrapped up its shoot after a long struggle. Due to a row of issues, the film shoot got delayed several times and the release plans got collapsed midway. First, it was the Tamil film industry strike followed by the illness of the director of the film and when all are set, actor Suriya went to shoot for his up next film with KV Anand due to call sheet commitments.

The film has finally finished its' shoot with the lead actor Suriya confirmed the director and producer of the film through Twitter. The makers tweeted thanking the actor and entire crew after completing the shooting on last Friday reportedly. Actor Suriya also tweeted on Sunday morning and thanked for giving him a new high behind and in front of the camera.

Fans can sit back now as the much-awaited shoot update has been finally out officially. Now all eyes are on the next updates for the film like the teaser, trailer audio and about the release plans of the film. The film was earlier planned to be released by Diwali 2018 and after a long delay now it is expected to hit the screens by Summer 2019. Early April will be the first preference for the makers to release the film as it has a better space than other dates.

It has been a fantastic journey filming with the one and only @Suriya_offl sir. Truly amazed by his wonderful talent and dedication! We, team #NGK, take this moment to thank him from the bottom of our hearts!#NGKFire @prabhu_sr @thisisysr

Happy to have wrapped the shoot of #NGK with @Suriya_offl na! Thanks to the whole team and advance #Pongal wishes to allðŸ˜Š @selvaraghavan

@selvaraghavan Thank you for giving me a new high, behind and in front of the camera!!! ðŸ™ #NGK https://t.co/edWAkxSphP

Suriya Selvaraghavan NGK Shooting Finally Wrapped and Planning for a Summer Release On?