Tamilrockers 2019 New Movies: Why is the Piracy Site Still Not Blocked After Court Order 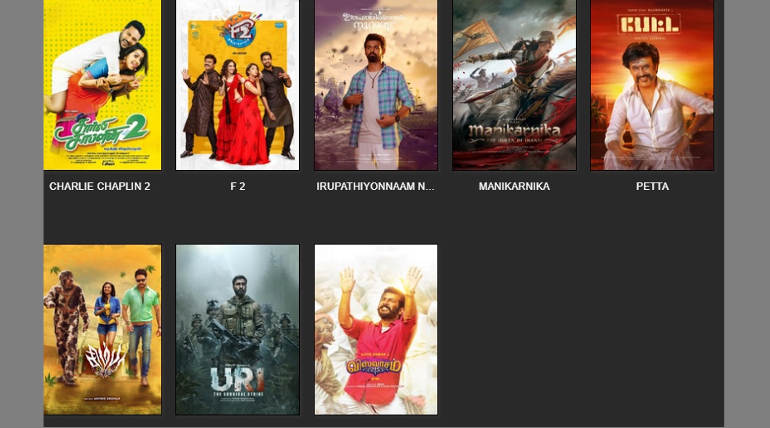 The piracy website Tamilrockers is continuing to leak the latest movies releasing in theaters on the first day itself and power of piracy are increasing day by day with each movie release. The new movies of 2019, Petta, Viswasam and other small films which released last week are got leaked in the site without fail. The site didn't leave even the film Sigai which released as Zee5 original film on the online streaming app.

After the supreme court ordered a ban on illegal piracy sites recently, most of the websites got blocked in the country and strict lawsuits were filed against online piracy. But some sites are still working and utilizing the piracy fans to help them view new films at free of cost illegally. This kind of activity is a way of benefiting for the online traffickers and a complete loss for the industry by cutting the theatrical revenue of the film.

The Bollywood big movies like Uri, The Accidental Prime Minister, Manikarnika, Thackeray all made their entry to the torrent site on the opening day itself while Uri: The Surgical Strike alone had a delayed leak of about 3 days. After the Hindi piracy site, Fimywap went inactive for a while, the tamilrockers site is showing their dominance across the industries.

Even the recent Tollywood biggies NTR: Kathanayakudu, Vinaya Vidheya Rama, F2, Mr. Majnu got leaked on the release day. After leaking all the big movies this year, the site being untouched by the anti-piracy wing is surprising even though strong laws have been imposed by the court. It is unclear why all these film industries haven't taken a serious step on the site for banning it completely.

While more films are lined up to be released in upcoming weeks, the site is approaching on taking out major bucks from the makers' pockets. Tamil films Vantha Rajavaathan Varuven, Peranbu, Sarvam Thaala Mayam, and Malayalam films 9 and Yatra are releasing in upcoming weeks and will undoubtedly have their piracy leak like all films does in recent times. It is high time the officials work on stopping the piracy and also people should stop encouraging piracy to benefit the deserved.

Tamilrockers 2019 New Movies: Why is the Piracy Site Still Not Blocked After Court Order