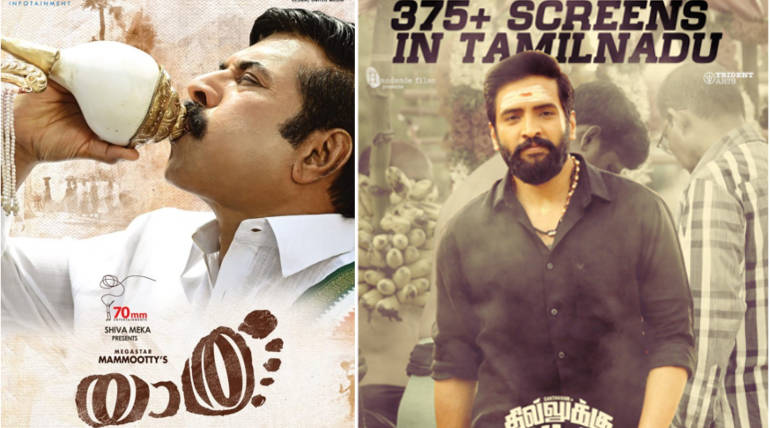 The February second week releases have got the attention of the audience somewhat higher than that of the last week releases. After a storm of biggies for Pongal/Sankranti, people didn't give much attention to the next set of releases except Telugu blockbuster F2 Fun and Frustration. Now the Telugu biopic Yatra and Tamil comedy-horror sequel, Dhilluku Dhuddu 2 are getting better openings.

The films also got leaked in the piracy site Tamilrockers after the theatrical release and are making a diversion for the theater-going audience. Yatra is getting good reviews and is maintaining good occupancy overall while the Tamil film got an average response with mixed (mostly negative) reviews. The leakage of new movies of 2019 is making an impact at the BO considerably.

The year so far has seen ups and downs as both the industries saw blockbusters and disasters which revealed the lesson clearly. Films with good content (Petta, Viswasam, F2) are taking gold at the box office while poorly made films (VRV, NTR, VVR) aren't considered by the audience even if it were biggies and made in a big budget with huge hype.