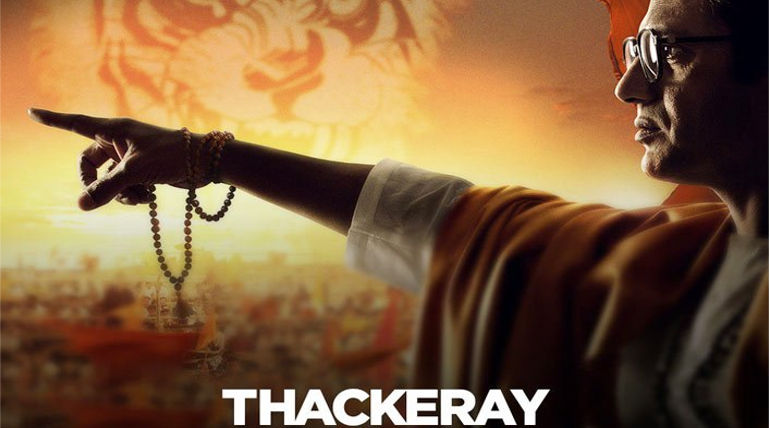 The biopic of the Maharashtra Tiger Bal Thackeray released in worldwide theaters and the fans of the leader are celebrating their demigod's film in a huge way. Nawazuddin Siqqique portrayed the role of Balasaheb and the actor is receiving praises from everywhere for his masterclass performance in the film as the powerful Shiv Sena leader.

The first show of the film started at 4.30 am in Carnival, Mumbai and had big bang celebrations by the party people. Actor Nawaz was also present at the occasion and the show was all success impressing every follower of the leader and the film is said to be a sure shot winner satisfying all the audience. Promised to be an authentic powerful biopic, the film seems to have fulfilled the expectation going by the initial reports.

Thackeray is getting a positive response from the audience in social media and critics are yet to review the film after formal morning shows get over. The film opened with fantastic occupancy in Marathi and in Mumbai circuits while the other parts of India are recording poor occupancies for Thackeray.

Anyhow it will open with a double-digit figure domestically and Nawazuddin is seeing a lift in his stardom with a top-level celebration for this film. Various reports from social media are shared below and so far all the responses look very positive for the film.

One day, & that day would come (hope it happens while am alive)@Nawazuddin_S would bring home @TheAcademy for #BestActor

Nawazuddin Siddiqui has delivered a splendid performance as Bala Saheb #Thackeray.He completely believes in the character that he plays.Don't look at his performance from the prism of his religion or the state that he hails 4m

He's an Artiste who'd do anything to justify his Art

#Thackeray Review : #NawazuddinSiddiqui Conquers This Engrossing Political Drama!From adapting the mannerisms to a bit of voice modulation, Nawazuddin is not Himself in the film.
.#Good:-â€¦ https://t.co/9JkRbWODnT