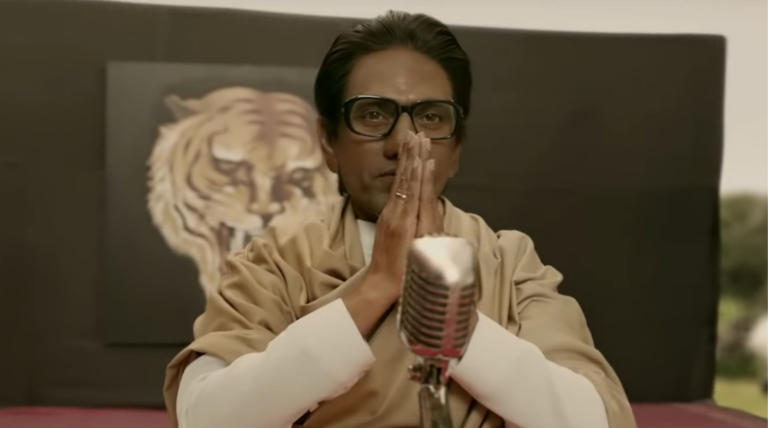 Nawazuddin Siddique starrer Thackeray Trailer is out and shows the controversial and influential Shiv Sena founder in a powerful portrayal by the powerhouse of performance, Nawaz. The trailer looked stunning and showed an epic picture on the way with some controversies and politics surrounding the film.

Actor Nawazuddin Siddique who is playing the role of the leader said that it is the toughest role the actor has ever played in his career. Always amid controversies for his Hindu favoring statements Bal Thackeray brought was considered as a pride of Marathi people and is adored by masses.

The biographical propaganda film directed by Abhijit Panse and co-stars Amrita Rao as Meena Tai Thackeray and Abdul Quadir Amin as Jaidev. The film is widely anticipated to witness the life of the tiger who was known for fearing none and expected to be an epic picture with top class performance and making.

The film is releasing on January 25, 2019, worldwide in Marathi and Hindi. Produced by Viacom 18 Motion Pictures, Thackeray as always expected to have a lot of controversies during the release, like all other biopics and the controversial leader will be no exception for such a sensational release.