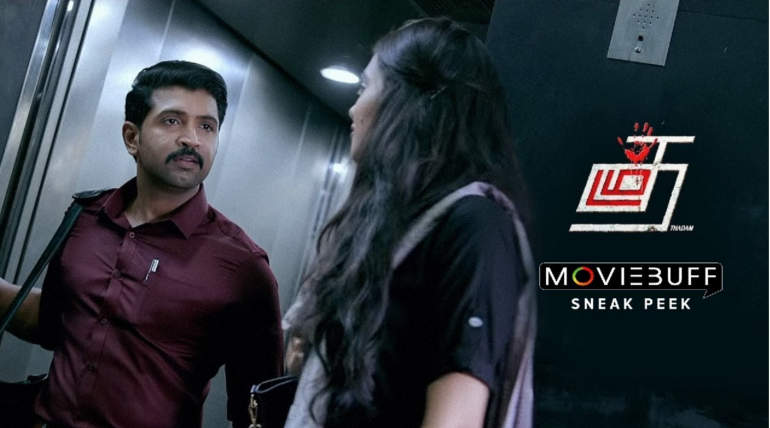 The new sneak peek from the upcoming film Thadam created a curiosity on the film leaving a mystery question in the glimpse. The movie already got a respective hype among the audience and the new sneak peek now raised the bars and became the talk of the Twitter since it released.

The movie directed by Magizh Thirumeni and produced by Radhan - The Cinema People Company is releasing on March 1 and the ticket bookings for the film in Chennai and major cities have started already. While releasing alongside another film 90ml which has a huge hype in Social media, the new glimpse is giving the needed publicity and interest among the audience.

Watch the Sneak Peek video released by Moviebuff to set the mood to indulge in a seat edge thriller by the Thadayara Thaaka combo. Music by Santhosh Narayanan is adding more intensity to the movie and will be a strong factor in the film.