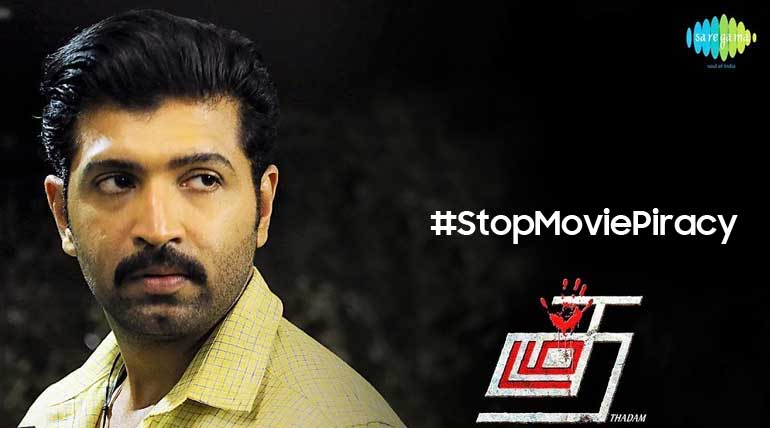 Arun Vijay starrer Thadam is releasing this weekend and the film is carrying a good word of mouth from the press who saw early press shows. The movie is clashing with another small budget film 90ml starring Oviya which is an adult-comedy film and apart from this clash competition, the film will also be facing the piracy threat to overcome in the box office battle.

The film recently had its' pres premieres before release and getting good reports stating an out and out thriller making audience remain in the seat edge. Despite having banned by the Government, the piracy site Tamilrockers is making its presence affect the newly releasing movies by leaking it online on the very first day of release.

Thadam stars Arun Vijay, Tanya Hope, Vidya Pradeep, Soori, Aadukalam Naren directed by Magizh Thirumeni and produced by Indra Kumar, Allirajah Subaskaran under Radhan - The Cinema People banner. Lyca Productions is releasing the film worldwide and will work its best to keep away the piracy sites from leaking in an earlier time.

Piracy is being a huge concern for the industry as it stood as a major factor for the recent movies' failure after getting poor reviews from critics and audience. Those movies get more watched illegally and theater footfalls get reduced due to the online availability. People should stop preferring such illegal watch and consider paying for the entertainment they provide. SAY NO TO PIRACY #StopMoviePiracy