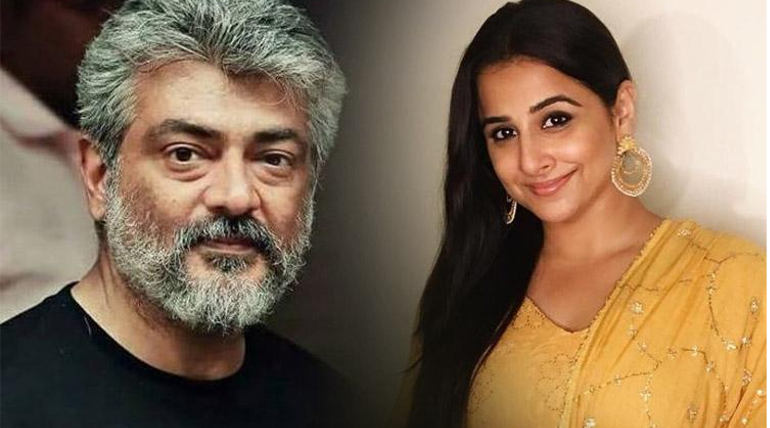 The official Tamil remake of Bollywood blockbuster Pink started rolling recently with a Pooja and the remake is produced by Boney Kapoor and directed by H.Vinoth. Thala Ajith is reprising the role of Amithab Bachchan as Senior Lawyer in the film and actress Shraddha Srinath, Abhirami Venkatachalam and Andrea Tariang (who also played in the original film) are confirmed in the film so far.

The latest news is that the Bollywood actress Vidya Balan has been roped in to pair with Ajith Kumar and she is set to make her debut in Tamil through this biggie. The remake will reportedly have its own interpretation taking the core plot from the original film and the maker who is doing his first remake after two new age dramas is looked forward highly to know how he handles a biggie.

Thala 59 title is yet to be decided and the film is been announced to be released on May 1 (Workers day) which is also the birthday of actor Ajith Kumar. Yuvan Shankar Raja is composing the music for the film and the successful actor - composer combo is reuniting after five years for this film. Any further updates about the film can't be expected any time sooner than a couple of months from now.