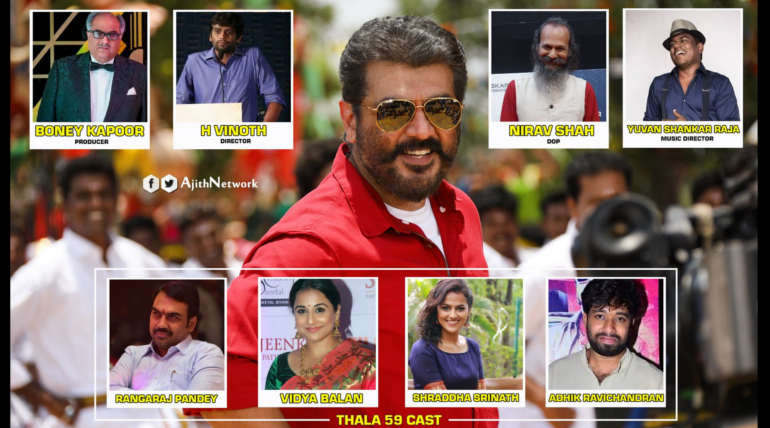 The works for the official Tamil remake of Hindi film Pink has started earlier and the first schedule of the film will start by Friday, February 1 and will happen for the next 45 days with leading artists. Thala Ajith who plays the role of the film is said to joining the shoot later period of the first schedule. H. Vinoth who is directing the film has added the needed factors to adopt it for Tamil without changing the core of the film.

Shraddha Srinath in a recent telephonic conversation has revealed these details that are viral in social media. The pooja of the film happened last month and the producer Boney Kapoor, the director, and other technicians took part in the occasion. The movie is announced to be released on May 1, 2019, as Thala Ajith's birthday special.

However, it relies on the pace of works carried on for the film and the latest update from the camp mentioned the word summer release. Vidya Balan is set to make a special appearance in the film as Ajith's wife making her debut in Kollywood while Shraddha Srinath plays as the lead girl.