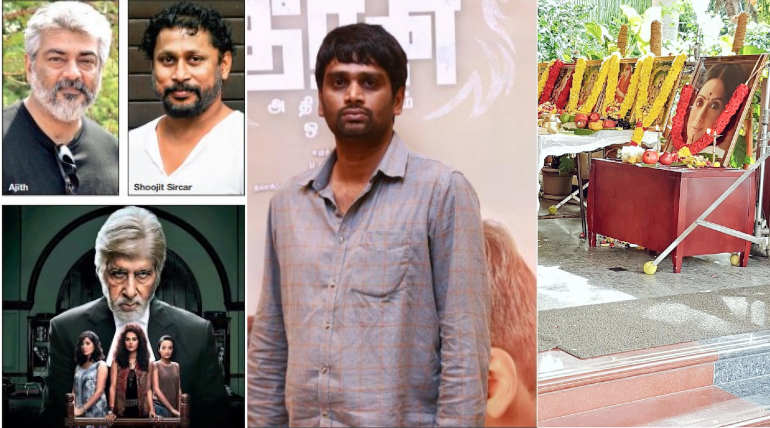 Actor Ajith Kumar is next working in a film to be directed by young and talented director H.Vinoth. The movie is produced by Bollywood biggie Boney Kapoor and the film is strongly believed to be the official remake of Hindi blockbuster Pink. Ajith is said to be reprising the role of Amithab Bachchan as an aged lawyer without any action scope in the story.

The Pooja of the film is set to be happening on Friday and will soon go on floors. While there isn't been any official announcement from the production side and other crew members, the project is been trending everywhere across social media. The pictures from the Pooja location is been spread across Twitter consisting of the late legendary actress Sri Devi's Photo. 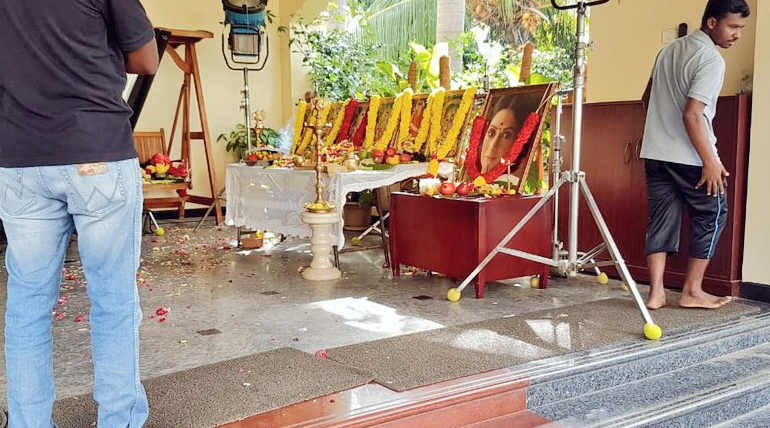 During a recent press interaction, the original writer of the movie Pink, revealed that his film is officially remade in Tamil. He didn't spill any details about the film while he hinted that the remake will have its own interpretation with the core plot in the story. This once again confirmed that the remake is on with Thala Ajith and his commitment for Sri Devi (when she was alive) that he would act in their production is the reason he is doing the film with her husband Boney Kapoor now.

The film tentatively titled as Thala 59 is looking for a mid-2019 release and the summer next year is being eyed for the release of this biggie. Music Director for the film hasn't been coined yet along with the heroines and other casts for the film. The actor is waiting for his next film Viswasam to release for Pongal 2019 directed by his frequent associate Siva. Ajith fans have got a double treat next year with two films scheduled to release back to back.