Thalaivar vs Thalapathy for Diwali 2019? Superstar - ARM Film to Clash with Thalapathy 63 of Atlee 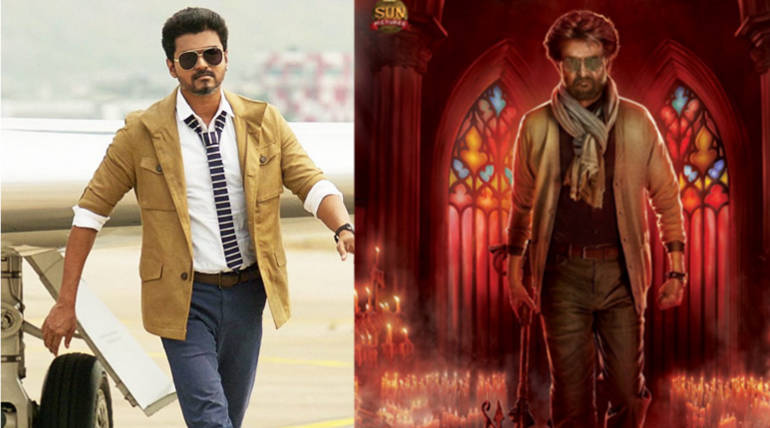 After Petta's epic success clashing with Thala Ajith's Viswasam Superstar Rajinikanth is eyeing another clash this with the other rival biggie Thalapathy Vijay later this year. The news is red hot now that the upcoming film of Rajini with AR Murugadoss which is yet to be announced is planning for Diwali 2019 release. The veteran star is doing back to back films in recent times making a fresh combination with directors.

Thalapathy 63 is getting ready with the recent regular associate of Vijay, Atlee who gave two success for the actor previously. The movie is set to be a sports-oriented entertainer and the combo is setting the bars high this time with budget and other aspects. AR Rahman is composing music for the film and Nayanthara is pairing up with Vijay for the second time after Villu.

Thalaivar 163 with ARM is expected to start soon after the announcement and is said to be finished in a speedy pace to release by the end of 2019. Anirudh is expected to sign as the composer for the film after a powerful album for Petta. The clash between Vijay and Rajini is almost certain now after the success of both films this Pongal surprisingly.

The success of Viswasam and Petta gave a boost to the industry making the confidence for clashing multiple biggies on the same day. If the clash happens, it will be nothing less than a riot at the box office as the TN box office witnessed this Pongal. With a worldwide market for both the actors, this would be interesting all over the world for Kollywood box office.

Thalaivar vs Thalapathy for Diwali 2019? Superstar - ARM Film to Clash with Thalapathy 63 of Atlee